There's no stopping Arci Muñoz from hitting the beach even if the rainy season is already in full swing. 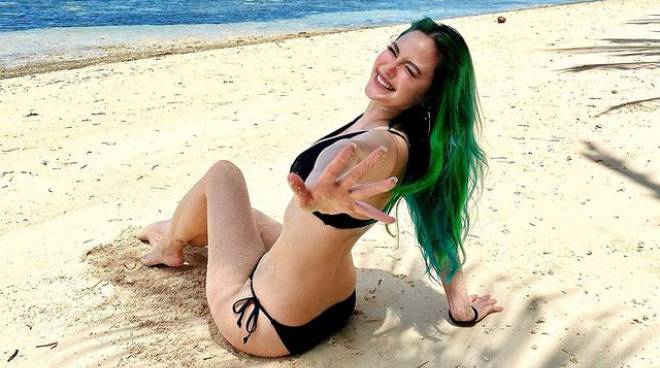 There's no stopping Arci Muñoz from hitting the beach even if the rainy season is already in full swing.

On Instagram, the Kapamilya actress wowed her fans and followers as she uploaded photos of her vacation in Siargao.

The snaps see Arci showing off her fit physique in a black two-piece swimsuit as she posed by the beach.

"Linda Blair on vacay," she wrote in the caption of one of her posts.

In another post, Arci also shared a mirror selfie where she is seen flaunting her toned abs.

As of this writing, thousands of netizens have "liked" Arci's posts, with most of them expressing their admiration for the actress, including her fellow celebrities Ria Atayde, Myrtle Sarrosa, and Arlene Muhlach.

Last January, Arci also took social media by storm with her bikini photos from her beach getaway to mark her 32nd birthday.

Arci, 32, recently added another feather to her cap as she became an entrepreneur.

The actress, who is a big fan of the South Korean band BTS, opened her own restaurant called Yoshi-Meat-Su at O-Square 1, which is a fusion of Korean and Japanese style dining.

Arci was last seen in the ABS-CBN series Walang Hanggang Paalam, which concluded last April. She also appeared in the "Tattoo" episode of the ABS-CBN drama anthology Maalaala Mo Kaya in January.