Richard Gutierrez and Sarah Lahbati visited the location of the hit K-Drama ‘Crash Landing on You.’ 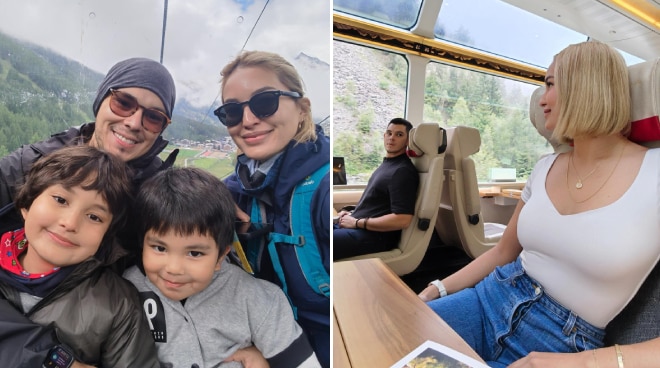 Sarah Lahbati got everyone swooning with her recent post on social media showing her visit to a picturesque tourist destination made even famous by the hit South Korean drama Crash Landing on You.

On Facebook, the 27-year-old mother of two shared a photo of herself with her husband Richard Gutierrez with the view of Lake Brienz shot from the town of Interlaken in the background.

She captioned her post with a quote, saying: “sometimes the wrong train takes you to the right direction…”

Sarah said it became a challenge for them to find the perfect spot to take a photo but eventually found one in the town of Interlaken.

“Literally got lost many times today trying to look for this breathtaking view here in @interlaken,” she remarked.

She then thanked her husband for fulfilling her dreams of visiting the tourist destination which was made even more popular by the hit K-Drama Crash Landing on You.

“Chard had no choice but to tag along in making my CLOY dream come true! We finally found this place,” she said.

Over the past couple of weeks, Richard and Sarah have been sharing photos from their visit to various tourist spots in Switzerland including Pontresina, Sankt Moritz, Saas-Fee, and Lausanne, among others.

Sarah's parents as well as the two sons of the couple, Zion and Kai, also joined them on the trip.

Throughout her visits to the various destinations in Switzerland, Sarah also shared tips for those who plan to go there as well in the future.