Maureen Wroblewitz said she had to wait for a sign from the Universe. 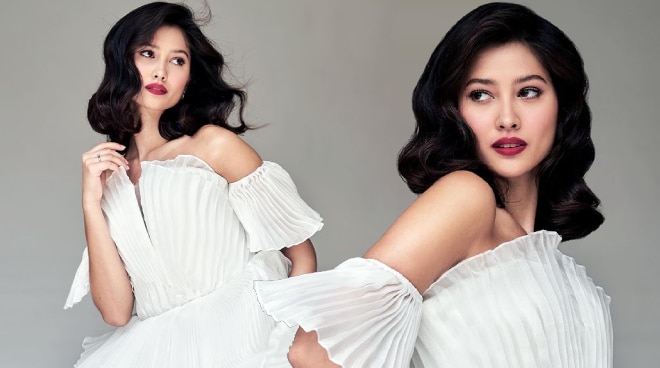 Maureen Wroblewitz explained why she had to keep her stint in the upcoming Miss Universe Philippines competition a secret.

“Surprise! I apologize for the white lies. As difficult as it was, I had to keep this a secret,” the Asia’s Next Top Model Season 5 winner began.

“First and foremost, I would like to thank you for the overwhelming support. Please know that I very much appreciate all the love and your kind words.”

Having been asked in past interviews if she would ever join beauty pageants, she said she sought the continued support of her fans as she enters a new chapter in her life.

“This is the new chapter I’ve talked about in a recent post and I humbly ask for your continued support. It’s true what I’ve said in my interviews. I’ve always considered dipping my toes in pageantry and committing to it when I felt ready,” she remarked.

According to Maureen, she had to wait for a sign from the Universe to help her decide if she was ready.

“It was not until I received my sign from the Universe, that I knew I couldn’t wait for that feeling of readiness and that I’d have to take that first step in order to feel ready.”

Although she feels happy to step out of her comfort zone, Maureen said she still feels frightened over the unknown.

“I’ve shared the importance of getting out of your comfort zone as a means to grow as a person and that’s what I’m doing once again. This feels new and to be honest, I’m terrified but I’ve come to realize that I just fear the unknown,” she stated.

Then again, she shared how she into the realization that she doesn’t want to live a life of regret.

“What I fear most though is living a life of regrets. I don’t want to grow old thinking that I should’ve joined, alternatively, I would like to say ‘I’m glad I’ve joined’. I’ve learned to stop saying ‘one day’ and instead I say ‘day 1’,” she wrote.

She also said that she hopes to inspire other people to reach for the “Universe.”

“I hope through this I inspire you to reach for the Universe. It’s all up to you. You can achieve anything you put your mind to and sometimes if you believe hard enough the Universe will conspire in helping you succeed,” she stated.

Maureen is joined by former Kapamilya talent Kisses Delavin — who also trained under Aces & Queens just like her — in the competition.