How Gary Valenciano stays relevant in the entertainment industry

Gary Valenciano credited his children for making him keep up with the times and stay relevant. 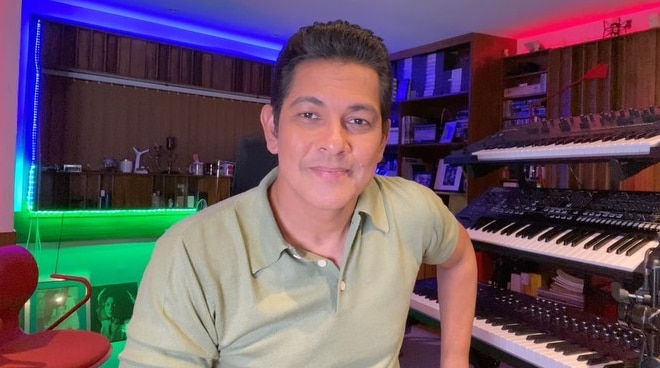 Staying relevant as an artist in the ever-changing and ever-evolving entertainment industry can be difficult.

But veteran performer Gary Valenciano has managed to survive for the past almost four decades, thanks to his eagerness to constantly improve himself over the years.

"I think that it’s not a conscious effort really," said Gary during a live interview with host G3 San Diego on Monday, July 19. "But I think it comes with the profession, which is like doctors who are constantly… You know, just because you’re a doctor, it doesn’t mean that that’s it. You have to continue to study because things change, and then you learn. And that’s what I’ve done."

He went on to credit his children Paolo, Gab, and Kiana for being instrumental in how he is able to keep up with the times.

"I have three children, Paolo, Gab, and Kiana, and even Samantha (Paolo's wife), who are all creative in their own right. And they are able to feed me with ideas, feed me with the dos and don’ts," said Gary.

"Kiana sometimes texts me a link of an artist I’ve never heard of before, pero when I hear it, it’s like, wow, pwede pala ‘yun. Or Paolo, my live events/concert director, who immerses himself so much not just onto the project, but to what the project is about, who the project is reaching, what’s the market. Then he comes back to me and says, ‘Okay dad, when we did this with this group, it was like this, and when we did it with this artist, it was like this.’ … When it comes to visuals on videos, that’s when Gab comes in. I know he’s a dancer, but he’s an excellent editor, he’s an excellent director when it comes to videos. So I have all three bases full, with regard to what I need to stay relevant," he added.

While he agrees that staying relevant in a constantly changing world is certainly a challenge, Gary said it's a challenge he's willing to take on anyhow.

"Na if I can change one life out of millions out there who might come across my message, then that one creates a ripple effect, and who knows how many lives I’ll be able to touch then?" he continued.

"I’m not here to change lives, I’m here to touch people enough to know that there might be a direction that might be better for them. There might be a challenge that may not disappear but they might have to go through it, not to make them bitter but better. And hopefully in the process, I can let them know that at least in my life, with everything that I’ve faced since I was a young boy, God has been faithful even when I have not been."

Gary, who is dubbed the country's "Mr. Pure Energy" and who is known for his hit songs such as "'Di Bale Na Lang" and "'Di Na Natuto", celebrated his 38th year in the industry last April.

READ: Gary Valenciano invited to perform at National Day of Prayer in the US

The 56-year-old singer is currently seen in the long-running concert variety show ASAP Natin ‘To, which airs Sundays on Kapamilya Channel, Jeepney TV, A2Z, TV5, and other ABS-CBN platforms.

Aside from ASAP, fans can also catch Gary on YouTube, where he has started uploading vlogs about his active and healthy lifestyle.