LOOK: Rabiya Mateo is back in the Philippines

Rabiya Mateo has returned to the Philippines after a more than two-month stay in the US. 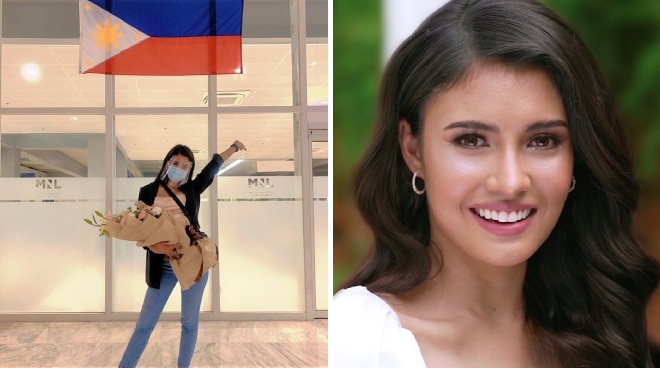 After staying for more than two months in the United States, Miss Universe Philippines 2020 Rabiya Mateo has returned to the Philippines.

"Welcome home Rabiya! The Phenomenal queen is finally back in Manila after being away for over two months," the Miss Universe Philippines organization posted on social media.

Rabiya was welcomed by the organization with a bouquet of flowers upon her arrival. She will be in quarantine at a hotel for 10 days.

Rabiya entered the top 21 in the recent Miss Universe pageant held in Florida.

She has been touring the US after the pageant and gracing various events hosted by the Filipino community there.