Crisha Uy says she will never give a second chance to a person who cheated on her. 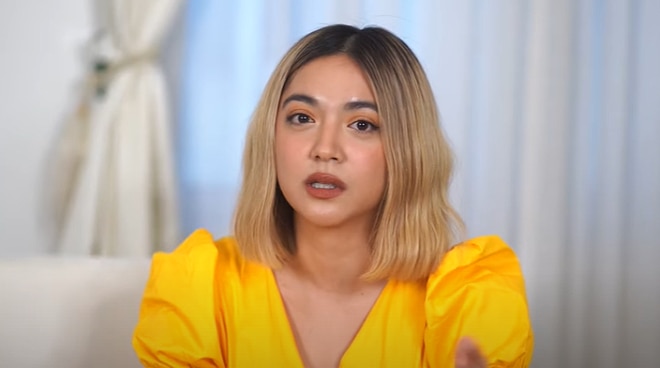 Vlogger Crisha Uy sat down with Jessy Mendiola for a fun drink and spill game which turned into a conversation about real-life experiences — including getting cheated on.

In the said game, the person who refuses to answer a question would have to drink a shot of alcoholic beverage in front of them.

While the two chose to keep some answers to themselves, there were some which the two gamely answered including a question about giving second chances.

According to Crisha, she believes in giving second chances to people regardless if it’s a family member or a friend close to her.

Another topic that came was cheating. To which Crisha simply responded with: “Wow.”

Crisha went on to say that she will never give a second chance to a person who would cheat on her.

In a vlog released earlier this year, Crisha exposed the alleged lies of her ex-boyfriend Joem Bascon after the latter confirmed that he and Meryll Soriano had a baby.

When asked if she has an ex whom she never wants to be friends with ever again, Crisha admitted she has someone in mind but chose not to drop the name of the person.

Crisha Uy teased she will also be releasing a vlog with Jessy Mendiola soon.