Piolo Pascual on being directed by Alessandra de Rossi in ‘My Amanda’: ‘It was so easy’ 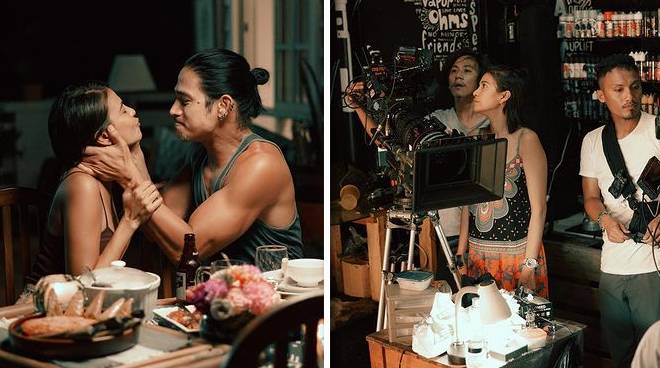 After almost two years since they first started shooting their film My Amanda (then titled Fuffy and Fream), Piolo Pascual and Alessandra de Rossi are proud to finally be able to share their romantic drama through the worldwide streaming platform Netlfix.

“It’s been a while. We waited for so long for this to come out so finally. It’s just so nice to be able to share something so personal. As personal as it was for Alessandra, it was personal for me as well to be given this kind of support by Netflix. It’s so big for us so we’re just really excited. We can really feel the energy here. Because finally after waiting so long it’s finally out. And watching the trailer always makes us go back to the experience that it was doing the film and it was such a nice experience and it always brings back good memories. It’s a good feeling,” Piolo said.

In My Amanda, Piolo and Alessandra play longtime best friends who share life’s ups and downs with each other while maintaining a strictly platonic relationship. Piolo said his real-life closeness to co-star Alessandra helped a lot in showing their chemistry onscreen.

“I guess the magic there was being in our characters and watching the film afterwards, parang wow there was an unspoken chemistry between the two actors and the characters that we played were so seamless that for us, it seemed like a walk in the park. My character was just following her instructions but upon watching the film, it’s nice to watch them. We just seemed natural because we were being ourselves but we stuck to the script,” he said.

While working on the film, Piolo admitted that Alessandra’s directorial debut was not without its challenges as she got hospitalized three times during production. Aside from directing, writing, and starring in the film, Alessandra was also co-producer along with Piolo and the former’s sister Assunta de Rossi as well as brother-in-law Jules Ledesma.

“It was taking a toll on her physically because she was getting disappointed, getting frustrated because of the things that she wanted tapos hindi magagawa. She was just taking on so much stuff that she couldn’t express,” he explained.

Piolo also shared why it was so easy for him to accept the role and come in as one of the producers of the project.

“And I just believed in the project and I just went along with her. And I just had fun. I didn’t have to think about anything. Because when she asked me she said, ‘I just need you to be yourself, come as you are.’ So I didn’t have to think about anything, about how to act and how to be this character because we were just actually being ourselves. So it wasn’t really hard to begin with.

“But having her as a director, it was always hard for her because she doesn’t want to offend people. She’s the type of person who doesn’t want to cross the line and offend the actor. We talk about it. What’s nice about Alessandra is she’s collaborative and she doesn’t force something upon you. So it was easy,” he said.