After nearly a year on hiatus, actress Francine Diaz is finally returning to YouTube. 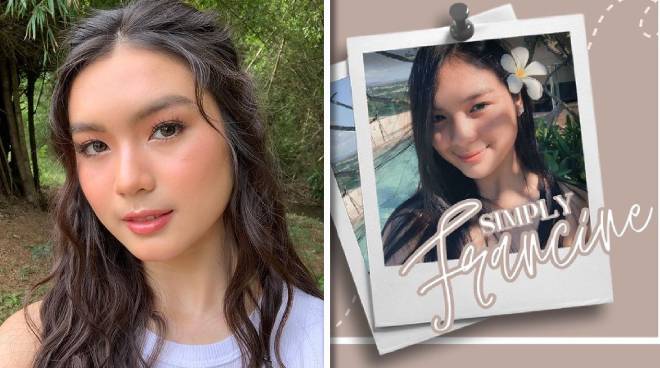 After nearly a year on hiatus, Francine Diaz is finally returning to YouTube.

Through a series of posts on Instagram, the actress set her fans abuzz with excitement when she announced that she will be relaunching her YouTube channel this coming July 24, with the new title "Simply Francine".

Francine posted her first vlog in August 2020, and has since earned nearly 400,000 subscribers on her YouTube channel.

Aside from Francine, her fellow Gold Squad members Kyle Echarri, Andrea Brillantes, and Seth Fedelin have also dabbled into vlogging.

READ: Kyle Echarri reveals why Francine Diaz won’t do a duet with him

Aside from the series, Francine, 17, also stars in Tenement 66, the second feature film from Rae Red, director of the acclaimed thriller Babae at Baril.

Francine is joined by Francis Magundayao and Noel Comia in Tenement 66, which follows the story of a troubled teen whose plan to distance himself from crimes is foiled when a desperate need for money arises. With the other youngsters of the tenement, they try to rob a unit but soon discover horrors that are far worse than they could have imagined.

The film recently made its world premiere at the 25th Bucheon International Fantastic Film Festival (BIFAN), under the Bucheon Choice category. It will be available to stream on iWantTFC and other ABS-CBN platforms beginning July 23.