Kylie Verzosa and Christian Bables shared behind-the-scenes photos of their new film to be directed by Joel Lamangan and written by Ricky Lee. 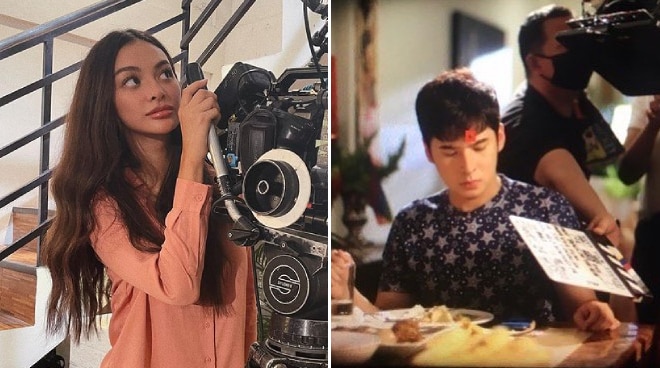 For the first time, Kylie Verzosa and Christian Bables are joining forces for a movie project.

On their respective Instagram accounts, the two actors revealed that they are currently working on a film by award-winning director Joel Lamangan and veteran screenwriter Ricky Lee.

"Letting all the emotions in," said Christian, as he shared a behind-the-scene photo taken during their first shooting day.

Kylie, for her part, posted a photo of herself on the set of their new film.

"Break muna sa pag-pageant and back to work, back on set for a new movie," she wrote in the caption.

On Instagram Story, Kylie also shared behind-the-scenes photos of the movie, including ones that show her and Christian shooting at a construction site. Both Kylie and Christian did not give further details about their project, including its title, official synopsis, release date, and platform.

Kylie, who rose to fame after winning the Miss International crown in 2016, was last seen in the digital series Parang Kayo Pero Hindi in February. Her last movie was the romcom film Love the Way U Lie, which was released in August 2020.

Christian, for his part, was most recently seen in the third season of the ABS-CBN celebrity competition Your Face Sounds Familiar. His last big screen project was the comedy film The Panti Sisters, which was one of the entries to the 3rd Pista ng Pelikulang Pilipino (PPP) in 2019.