Did Kim Chiu and Dani Barretto accidentally reveal past relationship of Bela Padilla and Zanjoe Marudo?

It appears Kim Chiu and Dani Barretto may have spilled something about the past of Bela Padilla and Zanjoe Marudo. 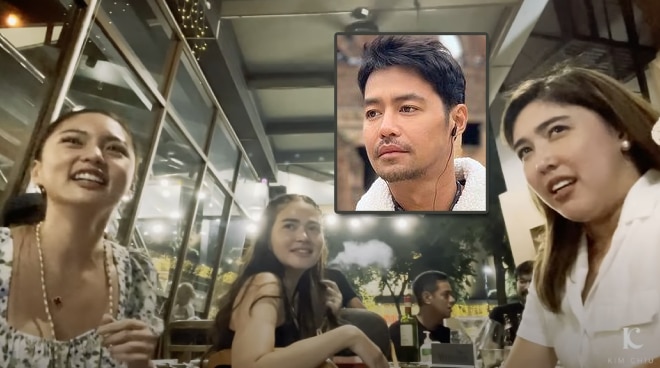 Kapamilya star Kim Chiu released a vlog that revealed a few things about her best friend Bela Padilla that the public may or may know not about her.

Kim Chiu and Dani Barretto—who are both close friends of Bela Padilla—took on a game that tested their knowledge about the Sino Ang May Sala? star.

One of the questions that the two had to answer was the food Bela is most allergic to —which happens to be something both Kim and Dani do not know about her. Apparently, Bela is not allergic to any food.

READ: Bela Padilla on Zanjoe Marudo: ‘Whatever should have happened didn’t siguro’

Some of the questions also revolved around Bela’s personal life such as who was her first boyfriend. Both Kim and Dani got the correct answer, Jason Abalos.

When asked who the 30-year-old actress’s last boyfriend was before her current — Norman Ben Bay— Kim and Dani surprisingly answered in unison one of the guys she was linked to multiple times in the past, Zanjoe Marudo.

Shocked with the response of her friends, Bela tried to pull Kim’s hair and immediately denied it, saying: “Hindi ko siya naging boyfriend.”

Having worked together on the 2017 teleserye My Dear Heart, both Bela and Zanjoe have denied the rumors in the past.

Meanwhile, Dani Barretto won the competition at the end of the vlog.