Actor Arjo Atayde has added another feather to his cap as he ventures into film making. 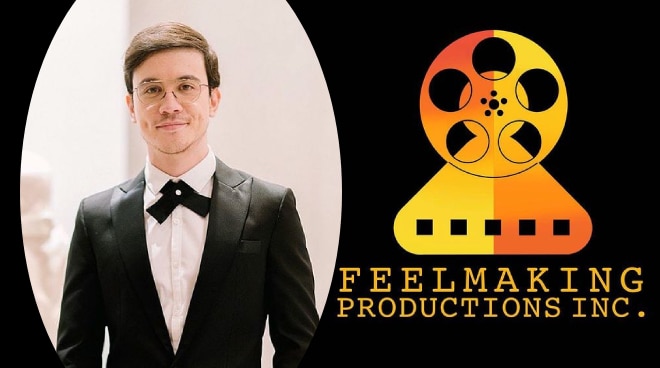 Actor Arjo Atayde has added another feather to his cap as he ventures into film making.

Over the weekend, Arjo announced that he has put up his own production house, Feelmaking Productions, Inc., with the aim of putting the "FEEL" in films.

Based on its official Instagram page, FEEL stands for "Freedom to create and Express emotions in an artistic manner, at the same time produce Euphoric content that would touch people's Lives in a positive manner."

Among those who congratulated Arjo on his new endeavor was his mother, seasoned actress Sylvia Sanchez, and his sister, actress Ria Atayde.

Currently, Arjo is reportedly in a lock-in taping in Baguio City for a television project with Hashtag member Nikko Natividad.

Arjo was recently seen on TV via the Stethoscope and Bracelet episodes of the ABS-CBN drama anthology Maalaala Mo Kaya.

In 2019, he starred in the iWant Original Series Bagman, for which he won best actor at the Asian Academy Creative Awards last year. The action-drama series premiered on Netflix Philippines last July 9 and has since become one of the top trending TV shows on the giant streaming platform.