Former beauty queen Miriam Quiambao shared photos from the pictorial where she was joined by her husband, inspirational speaker Ardy Roberto. 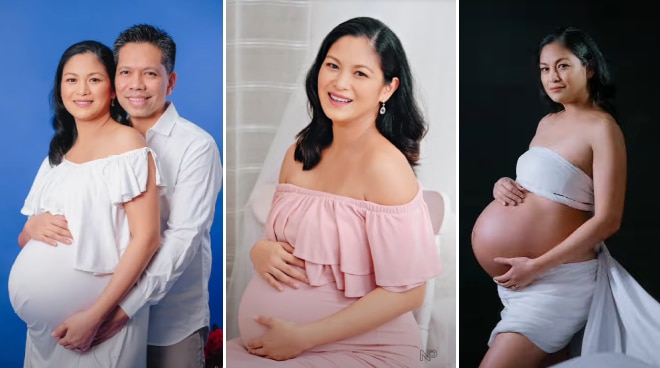 Screenshot from Life with ARDY and MIRIAM YouTube Channel

In her vlog uploaded last Saturday, July 10, Miriam shared photos from the pictorial where she was joined by her husband, inspirational speaker Ardy Roberto. The pictures were taken by Nice Print Photography.

She also opened up about her experience being pregnant at 46 years old in her latest post on Instagram.

"Being pregnant at 46 years old is an amazing experience for me. It’s not only considered a miracle pregnancy (considering a previous diagnosis of almost infertility for my husband and I) but also this is my second pregnancy!!! As my husband said, it’s like lightning striking twice!" she said.

It was back in December when Miriam and her husband announced that they're expecting their second child.

Last March, the couple announced that they're having another baby boy.

"Actually, honestly, parang naramdaman ko 'yung heart ko nag-sink kasi siyempre I was really looking... I was really praying na girl na siya," Miriam said in their gender reveal video. "So I was really struggling in my heart to come to terms with God's decision that this baby is a boy. I'm trying to convince myself na, okay, so it's God's will. He knows better. For sure God has a plan."

Miriam and her husband have been married for seven years.