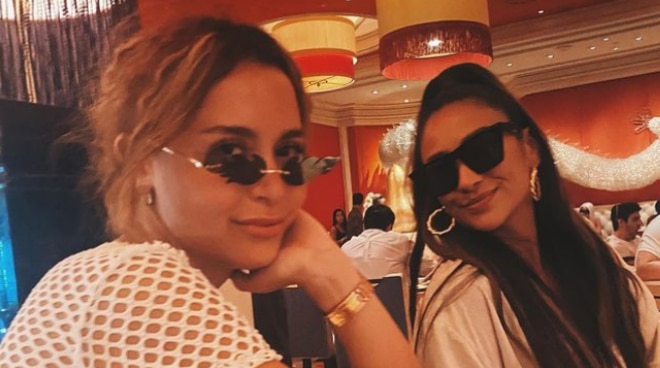 Shay has always been vocal about her Filipino roots.

She recently become the voice behind Alexandra Trese for the English version of the Netflix animated series Trese and remarked that it brought her closer to her Filipino heritage.

“I grew up in Canada, but spent time in the Philippines growing up. No matter how much time I spent there though, it always felt like a visit. But working on this project, it made me feel closer to my mom’s heritage, like I am more a part of the community," she said in an interview with Philippine Daily Inquirer in June.

Yassi has been in the US since early July.

"I wanna say thank you to this big guy for spending time today, for helping me out during my reachout in the PH when the Philippine General Hospital caught fire, & just for being the kind-hearted person that he is," Yassi wrote on Instagram on July 3 upon meeting Damian.

She also met Manny Pacquiao in Los Angeles, California and gave her well wishes for the boxer's upcoming fight.