Angelica Panganiban and her non-showbiz boyfriend Gregg Homan celebrated their first anniversary as a couple on Sunday, July 11. 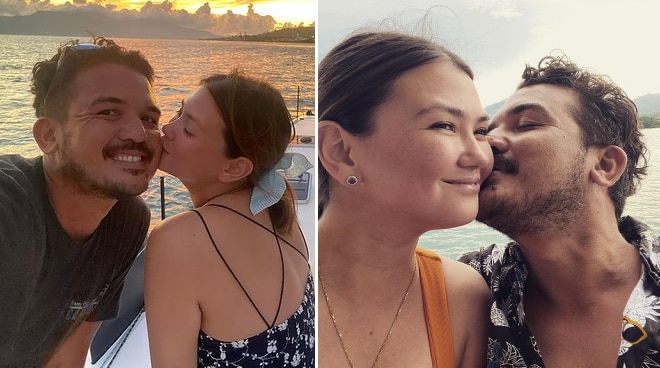 Angelica Panganiban and her non-showbiz boyfriend Gregg Homan celebrated their first anniversary as a couple on Sunday, July 11.

On Instagram, the Kapamilya actress shared her sweet anniversary message for her boyfriend as she posted a photo of them together.

"Happy first year my love. I wuv yew," she added. READ: ‘We might be building our home together’: Angelica Panganiban shares glimpse of relationship with non-showbiz boyfriend

Angelica, 34, first confirmed that she was in a relationship in early January, with a photo kissing her new boyfriend—a businessman from Subic—under a display of fireworks.

It was last November when rumors about the new romance began to emerge, fueled by her birthday episode on her online show Ask Angelica, in which her friends hinted at her being romantically involved.

Prior to her new relationship, Angelica dated actors Derek Ramsay, John Lloyd Cruz, and Carlo Aquino. She was also romantically linked to Zanjoe Marudo, her co-star in the ABS-CBN series Walang Hanggang Paalam, but the two only laughed off the rumors.