Janella Salvador pushing through with formal complaints against son’s bashers: ‘I’m gonna do anything for my son’

Janella Salvador said bashing directed towards her son will never be okay to her. 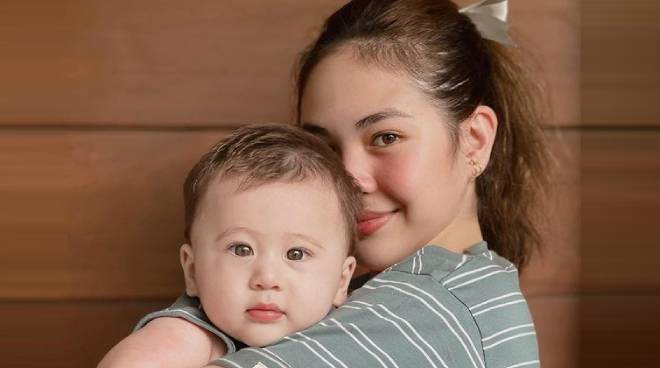 Janella Salvador opened up about the bashing her son had been receiving from netizens on social media.

In an interview with Vicki Belo, Janella said she didn’t know what to feel at first when she saw the comments about her son.

She said: “I didn’t know how to feel when I first saw the comments about Jude. I was trying to think ‘Are they just joking or what?’ Kasi like who would pick on a baby? What kind of humor is that?”

Among the comments her son received were ill-wishes like getting infected with the coronavirus (COVID-19) disease.

While she felt like everyone has the freedom to express what they have in mind, she came to the realization that her son was already getting bullied.

This forced her to stand up for her son and come up with a decision of filing a formal complaint against her son’s bashers.

“But you know what, to each his own. But at the same time, I realized it’s not okay ‘cause it’s a form of bullying talaga. So, I’m gonna stand up for Jude. I’m gonna do anything for my son. So, I stood up for him,” she stated.

Although most people expect her to have gotten used to issues like bashing, Janella said it will never be okay if it’s going to be about her son.

“They think kasi wala lang pero as a mom, even if I’m in this industry, like I’m used to bashing directed towards me, when it’s towards Jude, it’s not okay,” she remarked.

Meanwhile, Janella said she’s still planning on pushing through with filing a complaint against the netizens responsible for shaming her son online.

“We were gonna push through the complaint. Well, I’m still planning to. But, I’m just praying about it for now because we have so many things to make asikaso. We’ll see," she said.

In the same interview, the 23-year-old Kapamilya star shared her experience dealing with her mom during her teenage years as well as patching things up when she started her journey towards being a mom herself.

While they eventually patched things up between them, Janella said it took a while before getting their relationship as mother-and-daughter fixed.

“That was the time na we weren’t really okay. Before, I was living by myself before. Wala talaga kaming communication,” she said.

Admitting that she had so much angst within her at the time, Janella said she felt hurt and not anger upon hearing what her mom had to say about her pregnancy.

“More of hurt. Nagalit din ako as a teenager. I had so much angst in me,” she stated.

Things started to turn around when she became a mother herself as they not just rekindled their relationship but also became closer more than ever.

“We became closer and I understood her more on different levels as a mom,” she said.

Janella’s mom Jenine Desiderio flew to the UK following rumors about the Kapamilya star getting pregnant with her first child with Markus Paterson.

Her mom also spent her 50th birthday in the UK alongside her and her younger brother Russell.