Richard Juan reveals which Korean drama he would love to remake: ‘It was so good’ 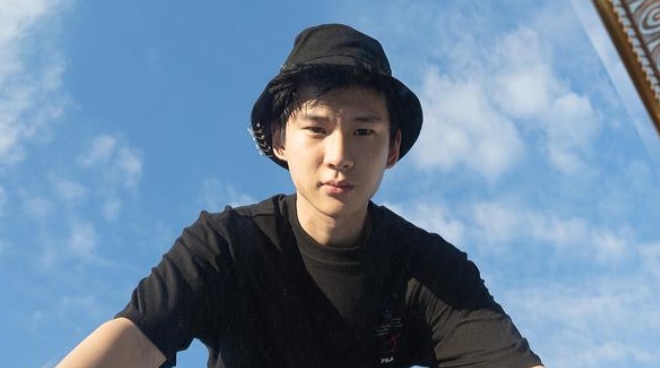 After joining Pinoy Big Brother in 2015, Hong Kong Chinese host Richard Juan said he is finally ready to give acting a serious try after signing up with Star Magic last month.

“Yung last na acting ko was in Love Thy Woman. Unfortunately, that was right before the pandemic and things had to change. I had so much fun there and sana may bagong opportunities to try acting again,” he shared during the Star Magic Black Pen Day media con.

READ: Richard Juan looks back on his days at UP: ‘I was taught the importance of integrity and also the power of working together’

A Broadcast Communications graduate from the University of the Philippines, Richard is constantly practicing his hosting skills online.

“Right now, I have a podcast which is ‘Your Dose of InspirASIAN’ which is where we feature different Asians from different parts of the world. So my dream would definitely have that become a legit talk show or something like that. The dream of course would be to have this in the states where I can invite people like Americans or stuff like that. Like a talk show, that would be a dream of mine. Something that’s inspirational and hindi lang parang comedy,” he said.

READ: Richard Juan, proud to be a new PBB host: 'It’s such an honor'

If given the chance, Richard said he would love to interview Canadian actor Simu Liu who is the first Asian actor to play the lead in an upcoming Marvel Studios film.

“I would definitely want to interview Simu Liu who is the lead for Shang-Chi and the Legend of the Ten Rings. I really want to understand how he feels about the whole situation. It’s a first eh. Growing up I never expected to see a superhero face sa big screen and now because of the whole K-drama, because of the whole Asian wave, there’s a chance and that would be one of my dreams also if I were to become an actor and do something in such a big screen, in a global stage and I think that’s one of the dreams of direk Lauren (Dyogi) and Star Magic. Someday. Maybe. A Filipino homegrown artist can be on a big, big screen in Hollywood. That would be a dream come true for everyone I think,” he said.

Dubbed as the ‘Online Oppa ni Kuya’ when he hosted PBB Connect this year, Richard said he would love to do a local remake of the K-drama series ‘Start-Up’ if given the chance.

“Definitely Start-Up. It was so good. Kim Seon Ho was the second lead and gusto ko talaga yung second lead. That was the show na na-feel mo na mas gusto si Kim Seon Ho that ends up with the girl. So I want to play the role na ganun na you are the underdog pero people are rooting for you, parang ganun. Hopefully, team good boy kasi,” he added.