Jake Zyrus recalls painful past as Charice: ‘It’s a very, very bad place to be’

Singer Jake Zyrus opened up about his painful past as Charice Pempengco in an emotional interview with host Toni Gonzaga, in celebration of Pride Month. 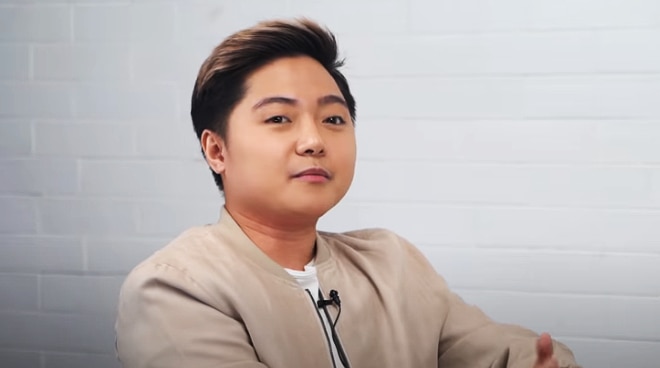 Jake Zyrus made this statement as he recalled his painful past as Charice Pempengco in an emotional interview with host Toni Gonzaga, in celebration of Pride Month.


The 29-year-old singer began by sharing the first time he felt that he was "Jake".

“Probably a lot of people won’t believe me but I was five years old when I realized na... I was really confused," he said.

“I was Grade 1 and I remember 'yung mga classmates ko, tinutukso ako sa ibang classmate ko na lalaki and one thing in my mind was, ‘Bakit, eh pareho kami?’ At five years old, that was my thought. Obviously, I didn’t know any labels or anything like that. So I don’t understand. And I remember that my first crush in Grade 1 was a girl," he added.

He also recalled doing role plays with his brother where he would play a boy and even give himself a boy's name.

"I remember my brother and I sometimes would play kind of like role-playing games where I would be his bodyguard. And I would give myself names. I remember using like Jeric or something. But definitely, I knew. Alam kong there was something weird. I would look in the mirror and say, 'This is weird. Why am I feeling this way?' Because I'm seeing someone different," he said.

Jake said this had been one of his pains when Charice gained international fame and was associated with the likes of Oprah, Ellen DeGeneres, and Celine Dion, saying he feared that he would sound "ungrateful" when he would come out as a transgender male.

"I did not want people to feel na parang, 'Grabe naman, ayan na nga nasa 'yo na lahat.' But from the beginning of 'yung na-discover, even before that... it was there. It was always there—the struggle, 'yung pain of hiding yourself," he said.

"Towards my transition, before I came out, at the very end, I was like, talagang, 'No. No. No,'" he continued. "But at the same time, it came to the worst of the worst. You know, like my mental health, suicidal, all those things."

Jake then recalled how he tried to commit suicide not once, but thrice, amid his global fame as Charice.

"I think I was 18, 19 at the time. Because nasa isip ko, 'pag nag-come out ako, it's over. And that's the thing, 'yung nasa isip ko at the time was other people. I didn't want to disappoint them," he admitted.

"The first two times I tried it, I remember waking up at the hospital being upset. I remember talking to God na parang, 'Why?' And I'm telling you, when you feel that, when you feel that moment that you want to kill yourself? It's like... it's scary. It's scary because you can't feel pain at all. Because your mind and your heart are already decided. So it's not something that you want to be in. It's a very dark place, and I'm saying this not because I've experienced it three times and I want to be able to share it to other people who might be going through the same. No. It's a very, very bad place to be," he said.

After his third failed suicide attempt, Jake recalled waking up in a hospital room with his mentor, international composer and music producer David Foster, there.

"We had a show that night. I remember I woke up in the morning, I was in Singapore. He was there. He was the first person I saw there. He was like, ‘Are you okay? Do you think you can perform? You don’t have to.’ I remember looking at him na talagang worried siya. He knew why. We weren’t naman talking ng super personal but definitely he was one of the first few people na nakaalam,” he said.

“He knew that I was having a hard time. I remember nakahiga pa rin ako sa bed and I told him, ‘Nope, I'm going to perform tonight.’ And I remember, just a small gesture from him, telling me, ‘You know what? For tonight, you don’t have to wear a dress or something,’” he continued.

"That was the first time that they let me wear something like that (jeans and sneakers) and it was a big deal for me. And I remember just being comfortable," he added.

Jake also recalled that while in Singapore, after his last suicide attempt, some people saw him in the lobby in a wheelchair.

"And I think the news that came out was that I had food poisoning," he said.

According to Jake, even after all he went through in the past, he remains very grateful for Charice and all the things she experienced.

"The moment I transitioned, the moment na nag-undergo na ako ng hormone change and all that, you know, I would still talk about what happened before like Charice and all that. And again, I will always be grateful," he said.

"I enjoyed 'yung experience, 'yung mga tao na nakilala ko. ... I'm happy that I get to experience being the first on Ellen, the first on Oprah, and it will be forever in my heart and that'll always be me whether Jake or Charice," he added.