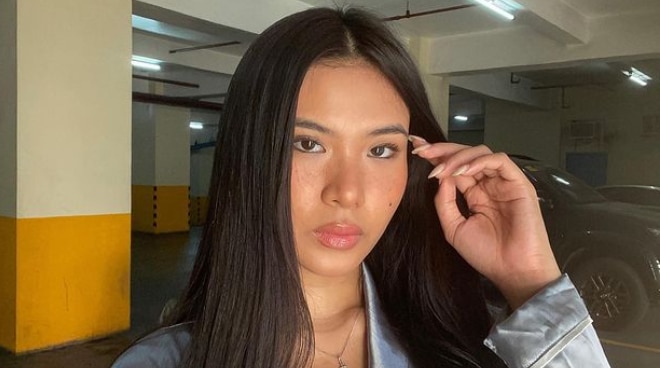 After her breakup with boyfriend Andre Brouillette last January after almost two years of dating, Star Magic artist Lou Yanong revealed she is not yet ready to love again.

“Definitely not. I definitely want to focus on myself more. Focus sa craft ko. It’s something really exciting and it’s something also that I want to explore. Kasi sanay ako na magkasama kami lagi and working together. It’s alienating but it’s definitely interesting. I want to keep it that way (laughs),” she admitted during the Star Magic Black Pen Day media con last June 28.

Lou and Andre were both housemates in Pinoy Big Brother Otso in 2018 and emerged as two of the top four finalists in their batch along with Fumiya Sankai and Yamyam Gucong. Their love team was known as “LouDre” and they would have celebrated their second anniversary last March. The 24-year-old former housemate shared her realizations after becoming single again this year.

“Definitely at the end of the day, you will only have yourself. Sa lahat ng mga bagay, yung masasandalan mo lang talaga is yung sarili mo so kailangan mong i-prioritize yung sarili mo, alamin mo kung saan ka masaya, alamin mo kung ano ang nagpapasaya sa ‘yo at hindi lang kung sino. That’s probably it (laughs). Knowing yourself more would probably be best before loving someone. It’s an overflow. ‘Yun yung binibigay mo, the overflow and not from your cup,” she shared.

READ: Is Lou Yanong open to being with André Brouilette again?

Although she has yet to talk to Andre after signing with Star Magic, Lou said her ex-boyfriend would be happy to hear news about her career.

READ: How are Lou Yanong and Andre Brouillette managing their long distance relationship?

More than anything else, Lou said she looks forward to prioritizing her career this year as part of the Star Magic family.

“It’s exciting. Of course I have to adjust to a lot of things but it’s definitely exciting. It’s out of my comfort zone so I want to focus more on acting and on hosting. It’s something exciting for me to try. I would like to try and explore that field more,” she said.