Former actress Nikki Gil updated her social media followers on her pregnancy with a new photo of her baby bump. 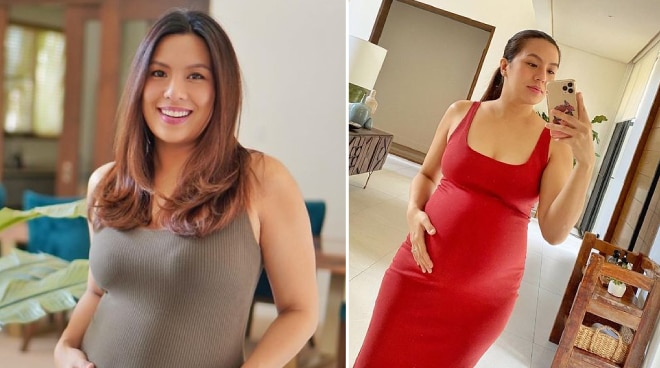 Former actress Nikki Gil updated her social media followers on her pregnancy with a new photo of her baby bump.

Nikki, who is pregnant with her second child, is seen wearing a red fitted dress that highlighted her growing belly in the snap she recently posted on her Instagram account.

"Tyan check," she simply wrote in the caption.

In the comments section of her post, celebrities such as Iza Calzado, Pauleen Luna, Rachelle Ann Go, Mariel Rodriguez, and Marvin Agustin expressed their happiness and admiration for Nikki. It was in April when Nikki, 33, announced that she is expecting her second child with her husband, businessman BJ Albert.

On Instagram, she posted a photo of herself cradling her baby bump, and another photo where she is joined by her firstborn child, both captioned, "Ready, Kuya Finn?"

Nikki has been married to BJ for more than six years now. The couple, who first met as schoolmates at the Ateneo de Manila University, tied the knot in a garden ceremony in 2015 at the Sta. Elena Golf and Country Club in Laguna.