‘Maalaala Mo Kaya’ actor Cris Villanueva plays the role of a HIV-positive father who reunites with his daughter in the June 11 and 19 episodes. 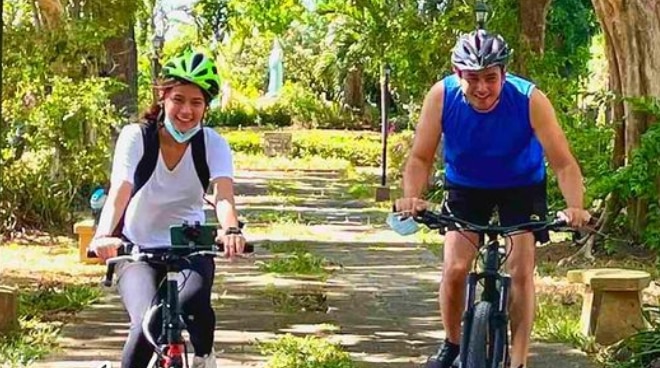 For Maalaala Mo Kaya’s two-part special Father’s Day episodes titled Finding Papa, Cris Villanueva plays a father who gets reunited with his daughter (played by Maris Racal) who searched for him for 20 years.

READ: Cris Villanueva on his worst fear after getting COVID-19: ‘My whole family got infected’

READ: Director Raz dela Torre on why people should watch MMK: ‘It helps sustain us through the darkest times’

“Like how Maris did her role na naka-relate talaga ako ng husto, the way she was doing it. At nakatulong ng husto sa pagbigay ko sa character. Yung pagmamahal na nabuo ng mag-ama is something else.

“You know one thing na gusto ko dito is that it is backed up by videos na makikita sa Facebook, yung ginagawa nung mag-ama. Kasi the daughter apparently is very much into Facebook. Lahat ng nangyayari sa buhay niya, kinukunan niya ng video so talagang meron kaming napupulot sa mga videos na ginagawa niya. Nakikita namin na very, very full of love, very hopeful, and how they did was out of this world. It was full of love,” he said.

As a doting father in real life to his beauty queen daughter Zara Carbonell (who won the Miss Tourism Worldwide pageant in 2018), Cris shared their secret to having a strong father and daughter bond.

“I think communication with your children. That’s very, very important for me. Aside from being a father, I’m also very maternal. I see to it that I always think about their well-being. I don’t know if I can really say I’m the best at it but I’m pretty sure na I am doing my best and I hope that is enough,” he said.