Watch as Alex Gonzaga teaches her nephew Seve Soriano a nursery rhyme she made herself. 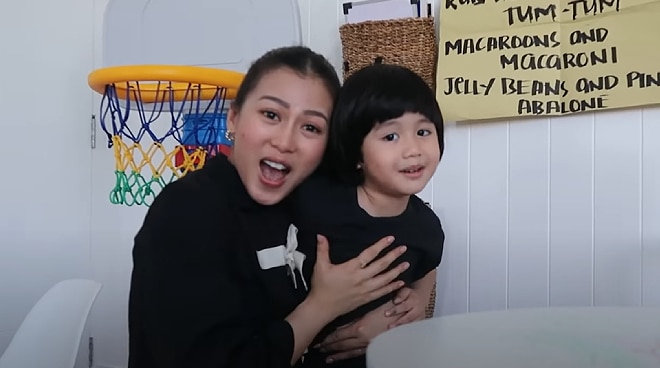 Alex Gonzaga engaged her nephew Seve Soriano in a "music class" in her latest YouTube vlog.

The popular YouTuber taught Seve the "Sho-jo-ji" song, a nursery rhyme that Alex made herself.

"So Seve for today I will be teaching you the Sho-jo-ji music, Sho-jo-ji is a raccoon that is very, very hungry," she said to Seve.

After the "music class" and towards the end of the vlog, Alex and Seve performed the song together.

The vlog has already gained more than 1.2 million views as of this writing.