LOOK: Jayda Avanzado in Parisian-themed shoot for her 18th birthday 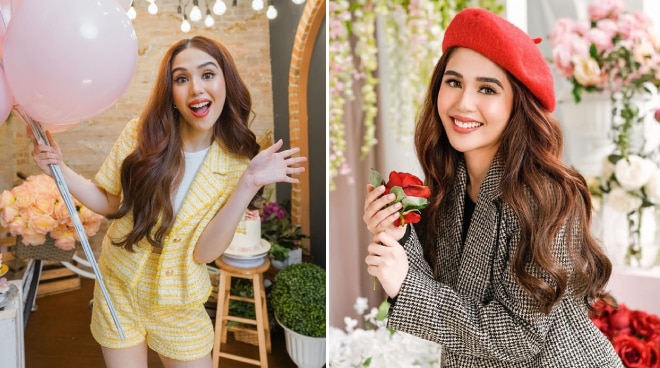 Jayda Avanzado had a Paris-themed photoshoot for her 18th birthday.

Dubbed as "#JaydaInParis," the singer sported Parisian outfits in a set full of flowers and gift boxes reminiscent of the European city in her birthday video shoot.

Shot by Nice Print Photo, the birthday video has already gained more than 53K views as of this writing on her Instagram page.

In a separate Instagram post, Jayda also extended her gratitude to her fans and followers for greeting her on her birthday.

"Still overwhelmed by all the birthday love  ️ thank you to everyone who greeted me!!" she posted.

Aside from her birthday, Jayda is staging a digital concert this month.

Streaming on ktx.ph, iWantTFC, and TFC IPTV, Jayda In Concert will be streaming on June 26 at 8PM and June 27 at 10AM.