Ivana Alawi reunites with her ‘Sino Ang May Sala?’ co-star Bela Padilla for a short film. 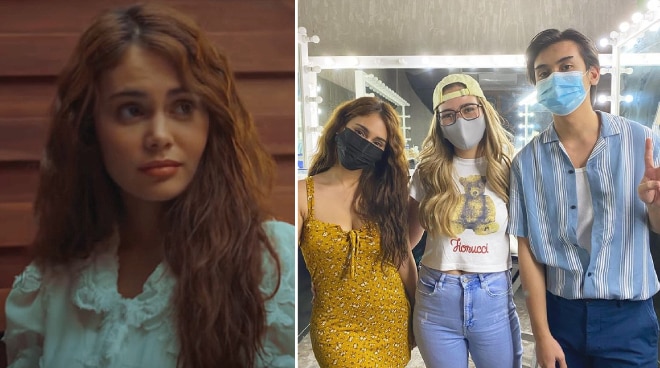 Bela, who was asked to direct up-and-coming artist Adie’s music video, took to Instagram to thank everyone who became part of it including Ivana and Adie.

She told Ivana: “@ivanaalawi thank you for saying yes and for being so gracious with your time and talent! You are a doll in real life and on-screen.”

“And of course to @adadieee thank you for blessing us all with this LSS inducing song that warms my heart every time it plays. May you reach great heights and beyond,” she said, talking to Adie.

Bela also said she hoped everyone would show love to their work for which they’ve poured their heart in.

“I hope you guys love the #ParalumanMV as much as we loved creating it,” Bela said.

The entire scene takes place inside an elevator where the two lead stars meet each other. Throughout the entire six-minute-long music video, Adie’s and Ivana’s characters find themselves chasing each other and trying to connect with one another until they had to step out of the elevator.

Just when Adie thought it was just a fleeting moment, Ivana came back to return what Adie gave her, introducing herself in the process as a girl named Paraluman.

The said music video is currently on the 11th spot of top trending videos on YouTube.