Sharon Cuneta admitted she had skin treatments but none of them were invasive skin procedures. 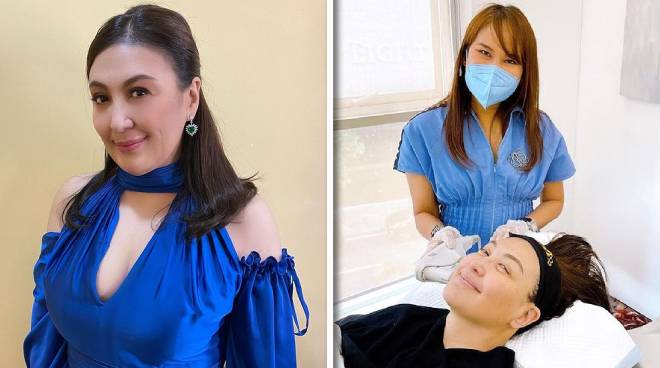 Megastar Sharon Cuneta made it clear that she hadn't gone under the knife before.

In an appearance on the vlog of cosmetic surgeon Aivee Teo, Sharon talked about the treatments she would get at the clinic she went to.

According to Sharon, she chose Aivee because she trusts her more than anyone else.

"When I came here, I knew I was in good hands," Sharon told Aivee.

"I know. And more than really our doctor-patient relationship, it's really the friendship that's so important," Aivee responded to Sharon.

READ: Sharon Cuneta is just a few pounds away from her ‘pre-Miel’ body

"The friendship. Super. But I wouldn't be coming here if we were just friends," the actress said.

"I mean I wouldn't put my body and my face because it's my job to look presentable to my audience," she continued.

Aivee then relayed what she has been reading about the Megastar particularly the positive comments about how good she looks right now.

"No. The comment is I look younger. My face hasn't changed. It really hasn't," Sharon said.

But the Kapamilya star also made it clear that she did not go through plastic surgery, with Aivee backing her up.

She asked Aivee: "Have I had plastic surgery on my face?"

To which the doctor responded with: "No."

"'Cause people think [I had] and I still have those lines," the actress said.

Explaining what treatment she's been getting at Aivee, she shared: "So far, they just kept me tight. Kept my skin here from sagging my face and it's been helping me fight gravity."

In the said vlog, Sharon also revealed that she is done doing crash diets to achieve her goal weight.