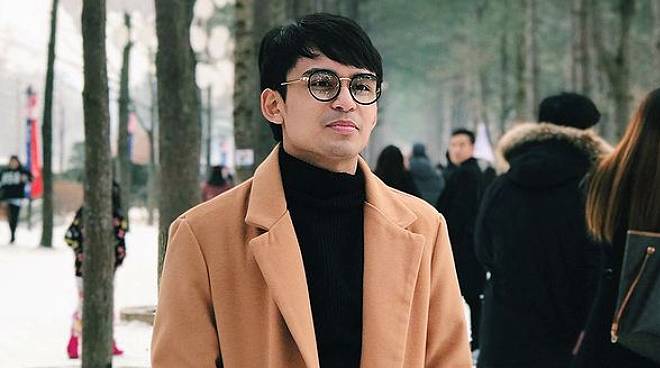 After joining Squad Plus earlier this year, Jimuel Pacquiao received his first acting assignment with the new iWantTFC digital anthology series Click, Like, Share which premiered online on June 5.

“When I did this, it was actually my first time meeting Seth (Fedelin) at first kasi siya yung kasama ko sa episode. It was fun naman and they were all very friendly. When talking about the project, I was kind of nervous at first kasi it’s the first one so you want to really do good. A few nights before I kept on studying the script and doing what I could do. I was just really nervous. I knew I would do my best,” he shared.

After following in his father Manny Pacquiao’s footsteps to give acting a try, Jimuel said he has never been one to back down from an opportunity for personal growth and development. “It’s actually fun for me naman and the reason why I’m here is because I want to grab the opportunity kasi sabi nga nila, when you’re young, try everything, do everything you can kasi you’re young and you have time on your side. That’s why I’m here,” he explained.

Having grown up in the limelight even before officially joining showbiz, Jimuel said he is not new to bashers and critics online and has learned how not to get affected.

“I’m just a very laidback person. I don’t engage people in the comments unless barkada ko, ganun. When it comes to people bashing me, I just tune it out. Ever since kasi nasanay na ako getting comments from a lot of people saying bad things. Nasanay na rin siguro ako. If anything negative about me I just block na lang,” he said.

With the pandemic still ongoing, Jimuel said one of the things he looks forward to doing is more projects with his fellow Squad Plus members as well as the Gold Squad. “Siguro when everything’s okay na and we get to do more stuff, more challenges. So yun lang siguro yung in-e-expect ko. That we’ll have more stuff to do and have more fun together,” he added.

The series is directed by Emmanuel Q. Palo and produced by iWantTFC and ABS-CBN Entertainment in association with Dreamscape Entertainment and Kreativ Den. Click, Like, Share is available on KTX.ph, iWantTFC, and TFC IPTV and soon on Upstream.