Director Raz dela Torre on why people should watch MMK: ‘It helps sustain us through the darkest times’ 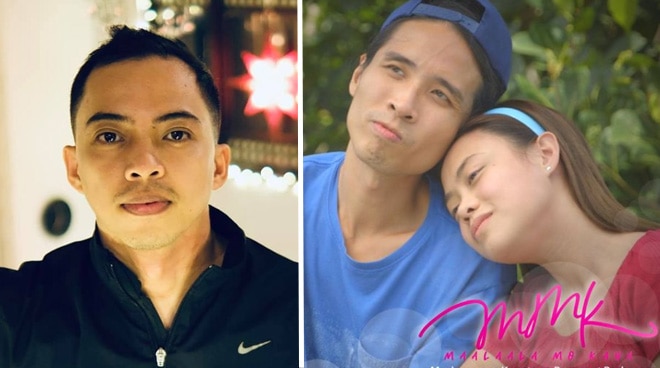 “Dahil I think more than ever, hearing stories of triumph, of love, of family relationships, it’s becoming even more important and it helps sustain us through the darkest times right now. I think that’s why we are all excited being part of stories like this and mga episodes na ganito. Yung mga dini-direct namin na eksena, hindi siya always about the pandemic. It reminds us of the time na merong ligawan, na wala pang social distancing.

Aside from giving work to people in showbiz, direk Raz explained why he is grateful to be back on the set.

“Personally, work has become a distraction to keep me sane. I’m very fortunate that I get to continuously work with the MMK staff and deliver stories like this. It makes me excited to see my executive producer, to have a Zoom meeting for the creatives. Kasi para bang nagkakaroon ng normalcy ang buhay namin.

“And just to be able to talk about other things aside from the anxieties that you’re feeling every day is such a release. So we’re happy that nowadays, despite the challenges, you’re seeing ABS-CBN pa rin, the shows that we produce, the stories that we produce, we’re seeing it on so many platforms and we’re reaching out to more and more people pa rin,” he explained.

Aside from being able to bring to life touching stories from Filipino families, direk Raz said they are also able to show a deeper side to each story.

Aside from his June 6 episode with Pepe and Kim, direk Raz also looks forward to MMK’s two-part Father’s day special episodes. “Maganda yung timing nung kila Maris (Racal) at Cris (Villanueva)and direk Jerome (Pobocan) kasi it’s celebrating fatherhood and it also shows a glimpse of an experience that happens during the time of pandemic. At the same time yung story ni JR and Mary Rose (played by Kim and Pepe) parang opposite of the spectrum. It talks about childhood love na kilig and innocent. Then it also goes into the part na nagkaroon ng pandemic sa relationship nilang dalawa. It also plays an important part of the narrative,” he added.