Singer Zsa Zsa Padilla and her boyfriend, architect Conrad Onglao, marked their seventh anniversary as a couple with a beach trip to Cebu. 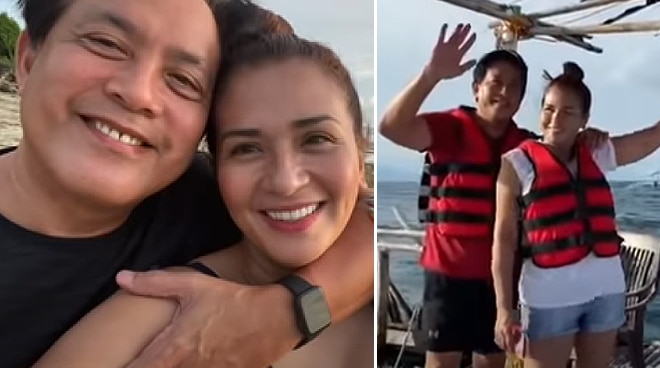 As seen in a vlog released by Zsa Zsa on Thursday, June 3, the two went on a beach trip in Moalboal, Cebu to mark the special occasion.

"Conrad and I spent our 7th anniversary at the beach! He was super excited to fly to Cebu since it was his first flight out of Manila in a little over a year!" she said.

"I tried to recreate my trip with my Buhay ProbinZSA team with Conrad, so our first stop was Moalboal! We’d like to share with you how we spent it," she added.

Zsa Zsa and Conrad were together for more than two years before splitting up. The two, however, reconciled in late 2016.

The couple met each other through music icon Sharon Cuneta.

In an interview with ABS-CBN News back in 2014, Zsa Zsa, who was the longtime partner of late veteran comedian Dolphy Quizon, said that falling in love with Conrad was not something she planned.