Peter Rosalita wowed the judges with his audition performance. 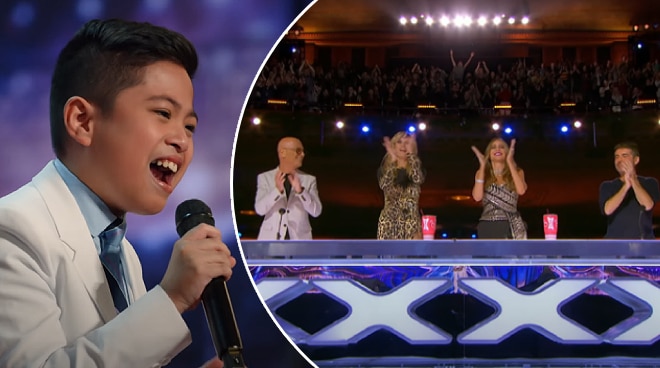 Ten-year-old Filipino singer Peter Rosalita wowed the judges of America's Got Talent with his performance of a classic hit.

He performed "All By Myself" for his AGT audition.

"You're amazing. You're so cute even when you talk to us. I predict you will go far in this competition," Howie told Peter.

"I think you are incredible. What do you neighbors say when you rehearse these types of songs?" Heidi asked the Pinoy talent.

"They got surprised," Peter replied.

Meanwhile, Simon said that he got goosebumps because of Peter's performance.

"That was an incredible audition. There were parts during that audition which literally gave me goosebumps. You have an amazing voice, amazing personality, amazing energy, everyone is gonna fall in love with you after this audition," Simon remarked.

"I think the world's gonna love him," Simon added.

Peter received four "yes" from the judges and will proceed to the next round of the competition.

His audition video has already gained more than 1.9 million views as of this writing.