Darren Espanto on turning 20: ‘My look is a lot more mature now’

After sharing photos of his fitter physique, singer Darren Espanto talks about how he got buff while staying in Canada last year. 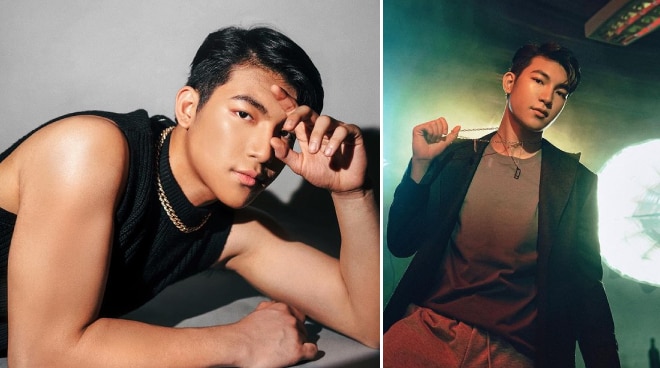 After recently surprising netizens with photos revealing his fitter physique on social media, singer Darren Espanto admitted it was really his goal to be able to show his more mature image in time for his 20th birthday last May 24.

“A lot of people haven’t been tuning in to my social media and stuff like that so they haven’t been that updated. But then when that photo was shared across Facebook, Instagram, and Twitter, I saw all these comments and a lot of people are realizing how old they’re getting. I’m 20. When they first saw me, I was this 13-year-old on The Voice Kids so it’s really funny seeing all those comments.

“That’s a goal my team and I had even before we got to the Philippines and for me, I’d say we’re doing pretty well. We’ve achieved that goal especially with the rebranding and stuff. This is new era for Darren because my look is a lot more mature now. Besides that photo in the sando that I posted on my birthday,” he shared during an interview with Monster RX 93.1 last June 2.

Having spent last year in quarantine with his family in Canada, Darren said he was able to focus on working out more at home. He added his father would even bring him to the gym when he was still young.

“My dad is a gym guy but when he started getting a bit of work especially during the pandemic, no one was really going down to the gym anymore because both my parents are in the medical field so they don’t really have time to work out. So ako yung nasa bahay lang naman so I started using the weights and stuff like that. I remember when I was a kid my dad would go to the gym and the gyms in Canada have this play place for the kids if you didn’t have anyone to leave them at home with so my dad would be there all the time. I remember that growing up and he would always bring me since my mom would be at work pa rin and I wouldn’t be with anyone at home,” he said.

During his interview on All Out, Darren said he hopes to maintain his fitness routine even now that he’s back in the country.

“I try to work out everything as much as I can. Siguro legs one day and then yung arms two days, ganun. It’s kind of hard to keep track of everything and stay disciplined with proper diet and exercise and stuff like that. I’m not really one to do that because I do eat a lot of junk food and food in general. So I don’t really know how it all happened pero I’d say my time in Canada definitely helped. It gave time to work out in my dad’s gym in the basement and now we’re here so sana tuloy tuloy pa. Sana hindi ako tamarin (laughs),” he said.

From being one of the contestants of The Voice Kids when he was just 13 years old, Darren said he has changed a lot through the years.

“So when I started going through puberty it was late na, I was 16 turning 17. So at the start of 16, I was still singing songs that were like unbelievably high and stuff like that. And then I would sing those songs, I would be at a show and I would notice na it would take more time for me to vocalize before I would be able to hit these songs or I started asking my team to kind of lower the key of some songs. And then we I turned 17, I just completely lost my falsetto and I was like, ‘Oh what am I going to do now?’ It was really a tough time for me. Seventeen talaga was a weird time for my voice because the falsetto wouldn’t even come out,” he recalled.