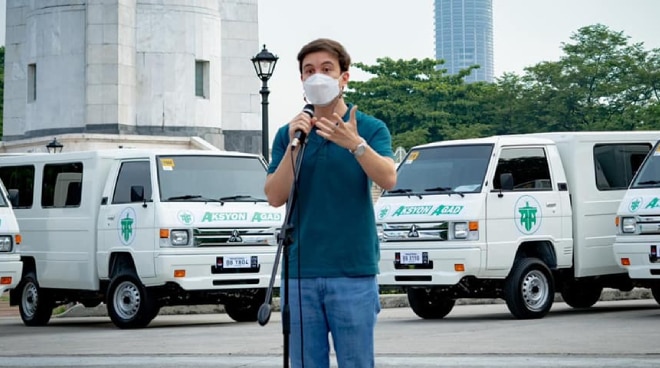 The Quezon City Government on Tuesday, June 29, expressed its gratitude to Kapamilya actor Arjo Atayde for donating service vehicles that were distributed to the different barangays in the city’s first district.

In the comments section, many netizens praised and thanked Arjo for his donation.

Arjo, 30, was recently seen in the "Stethoscope" and "Bracelet" episodes of the ABS-CBN drama anthology Maalaala Mo Kaya.

In 2019, he starred in the iWant Original Series Bagman" for which he won best actor at the Asian Academy Creative Awards last year. The action-drama series will become available for viewing on the giant streaming platform Netflix starting July 9.