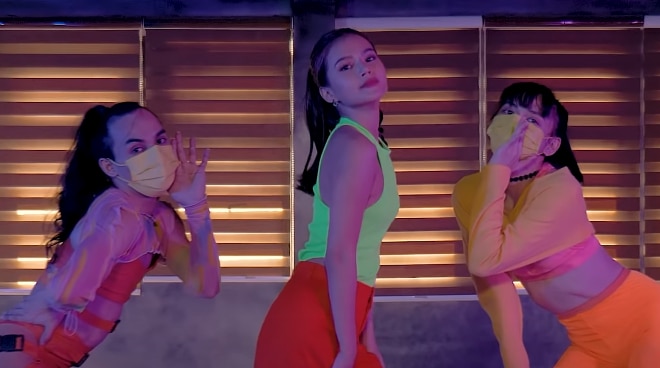 Uploaded on YouTube on Sunday, June 27, the new video focuses on the choreography as seen in the official music video of the pop track which was released earlier.

According to its description, the dance performance video for "Ate Sandali" was exclusively recorded for "iWant ASAP".

"Ate Sandali" was written by Maris herself and produced by OPM icon Rico Blanco, who also happens to be the actress-singer's boyfriend.

According to Maris, "Ate Sandali" is a song about empowering women.

"I literally wrote it during a time when both my sister and I were literally heartbroken, so it's definitely one of those songs that I hope can also spread the message to all women out there," she said in a report published by Rappler.

Influenced by the pop styles of Lady Gaga, K-pop artists, and the music of popular online platforms such as TikTok, the song is the first track off Maris's upcoming mini-album to be produced by Rico's record label Balcony Entertainment.

"With Maris' new single 'Ate Sandali', it's definitely her own take on current music but in a way that is respectful—especially to the foundation of all great pop music from the past [from classic artists]," said Rico.

"Pop music is an art, and there's definitely a right way to do it, and we hear it with Maris' songs. It's very exciting for us," he added.

Rico later arranged and produced Maris' song "Not For Me", which she released on her 23rd birthday last year.