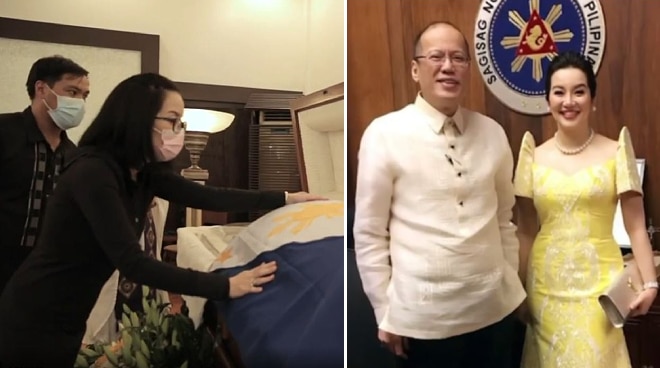 Kris Aquino took to social media to pay tribute to her late brother, former President Benigno "Noynoy" Aquino III, who passed away on Thursday, June 24 due to renal disease, secondary to diabetes at the age of 61.

In her first social media post following his death, Kris shared a video showing moments with her family at the Heritage Park in Taguig right before her brother's remains were cremated.

"Our moments in Heritage. ... I felt our family needed footage if only for our archives, so I asked my ate if it was okay for my team to shoot all throughout because they would have access that the rest of the media would not," she wrote in the caption.

"Here are moments you did not see because no cameras were allowed inside Heritage before our brother’s cremation and during the private viewing," she added.

According to Kris, who is the youngest of the brood, there's a lot she wants to share about their journey as siblings because she knows how profoundly the experience has changed her.

"But the truth is IG (Instagram) is the venue where our 'feud' started, so in my heart I know it’s also not where I should share kung paano nagsimula ang unang mga hakbang para lumambot na ang puso niya, at lahat ng paraan na ginawa ko para mapangiti lang siya," she said.

Kris said she's praying that Noynoy will give her a clear sign when "he is ready for me to tell all of you our story."

"Until then this bunso has learned her lessons and will stay silent," she said.

Earlier, Kris expressed gratitude that she and her brother were able to make their peace before he passed away.

READ: Kris Aquino reveals she ‘made peace’ with brother Noy before his death

“But that is private. I would like to keep that for myself," she added. "But I’m so grateful na binigay ‘yun sa akin at nagpapasalamat ako na napatawad ako at minahal ako."

Kris said she made a promise to her brother when the two of them met to finally settle the rift between them.