Jimmy Santos recently shared that he has a side job as a meat vendor at a local market. 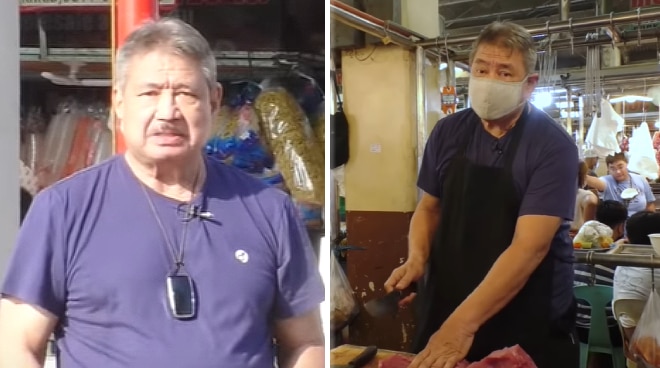 Comedian Jimmy Santos, also popularly known as vlogger Jimmy Saints, was seen doing a side job as a meat vendor at the Pampanga Market located in Angeles City. In the recent weeks, a lot of people have witnessed the showbiz personality working at the market which led to photos and videos trending on social media.

Admittedly, Jimmy shared he lost his showbiz career due to the pandemic but instead of wallowing in defeat, the comedian chose to rise above adversity, saying in his trademark English speaking style, “I will pick up from where I fell.”


As shown in ‘Tito Jimmy’s’ vlog, he started off by riding a tricycle to the market and talked about the variety of goods being sold there. The video also showcased a detailed overview of what he is tasked to sell as a meat vendor.

Many netizens were inspired by the video and sent well wishes to Jimmy on his new job. They also encouraged him to keep on vlogging.

TV host Willie Revillame was quick to react to the vlog too and provided aid by giving Jimmy a fruit stand business and a car. This was shortly followed by his former Eat Bulaga co-host ‘Bossing’ Vic Sotto, who generously gave the humble comedian a house and another vehicle. These acts of kindness inspired other celebrities to help Jimmy out as well.

On Instagram, comedienne Giselle Sanchez remarked that those who helped the former basketball player are like God’s blessings made present at the right time.

As of now, Jimmy has 244k subscribers on his YouTube channel. His video selling meat in the market has gotten 602,000 views in just two weeks.