Sarah Geronimo was a hot topic on social media as she debuted her new hairstyle. 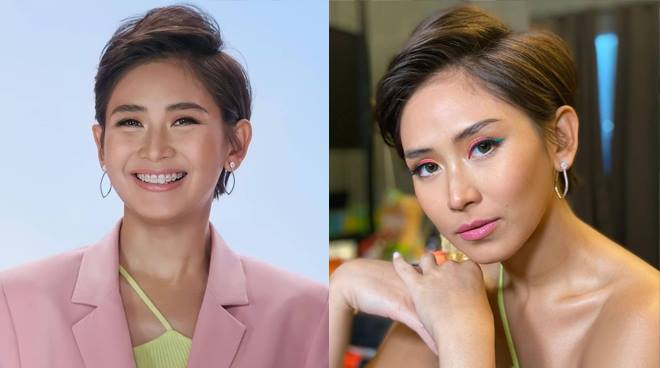 Sarah Geronimo was a hot topic on social media as she debuted her new hairstyle during the fifth anniversary celebration of a membership shopping center she and her husband Matteo Guidicelli both endorse.

Much to the surprise of her fans, Sarah, who is dubbed the "Popstar Royalty", showed up to the live virtual event sporting a pixie haircut, the shortest her hair has ever been since her showbiz debut.

Hours after the concert, a close-up shot of Sarah sporting her new 'do was shared by her hairstylist RJ dela Cruz on Instagram.

Sarah, 32, recently staged Tala: The Film Concert, which was a success.

Originally streamed last March, the digital film concert directed by Paul Basinillo featured Sarah's performances of her hit songs, as well as a documentary chronicling the making of the show, staged at the Araneta Coliseum.

Tala is considered as her big stage comeback after her joint concert with Regine Velasquez, titled Unified, which was held in February 2020, prior to the COVID-19 lockdown.

It was also her first concert since she got married to Matteo, her partner of more than seven years.

The two celebrated their first anniversary as a married couple last February.