Jessy Mendiola and Luis Manzano celebrate their fifth anniversary as a couple. 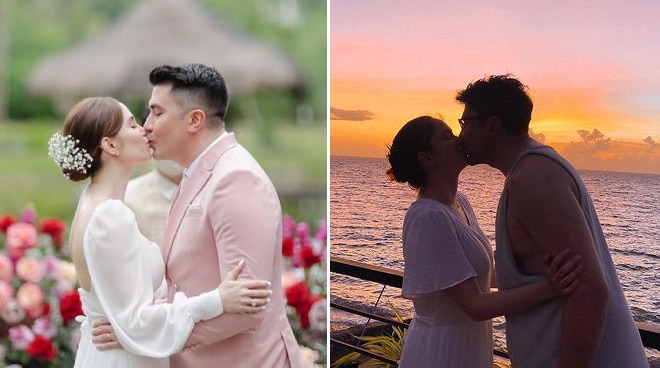 Jessy Mendiola and Luis Manzano recently celebrated their fifth anniversary as a couple.

The two, who finally got married last February, took to social media to mark the special occasion.

On Instagram, Jessy shared a photo showing herself and Luis exchanging a sweet kiss as the sun set in the background.

Luis, likewise, uploaded a sweet kissing photo with Jessy, taken during their wedding at The Farm in San Benito in Lipa, Batangas.

Jessy, 28, and Luis, 40, tied the knot before their family and close friends in an intimate ceremony on February 21, 2021, after more than four years of being a couple.

In a recent YouTube vlog, Luis admitted that he already wants to start a family with Jessy.

Jessy, for her part, shared that she wants to have two to three kids with Luis in five years, as she admitted that she's now ready to become a mother.

"I am ready to get pregnant," she admitted in her Q&A vlog uploaded just this month.