Ed Sheeran collaborates anew with BTS for a song

Ed Sheeran shares that he wrote a new song for BTS for the group’s upcoming record. 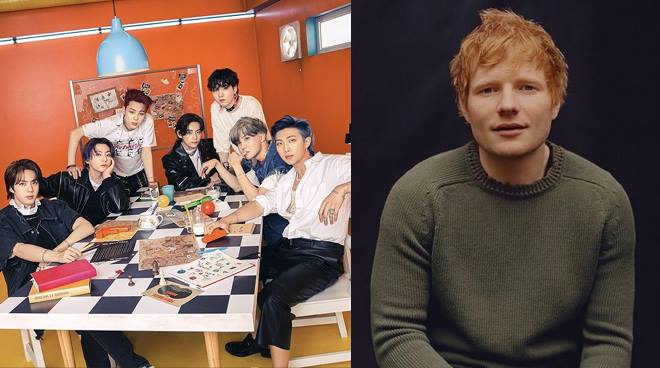 Big Hit Music confirmed that Ed Sheeran once again collaborated with BTS for a track.

Ed initially made the revelation in his interview with US radio show Most Requested Live.

In the said interview, he shared, “I’ve actually worked with BTS on their last record, and I’ve just written a song for their new record. And they’re like super, super cool guys as well."

Following Ed's revelation, Big Hit Music then confirmed that the British singer has indeed worked again with the K-Pop group as reported by Newsen and as translated by Soompi.

“It is true that Ed Sheeran is participating in BTS’s new song," Big Hit Music said.

The music label did not comment though if the track will be released in July following a previous announcement that BTS will be putting out a new song next month as part of the CD version of their hit song "Butter."

Ed and BTS first collaborated for the track "Make It Right" off BTS's 2019 album titled Map of the Soul: Persona.