Tarsier Records artist Inigo Pascual shares how personal the songs in his second album are to him. 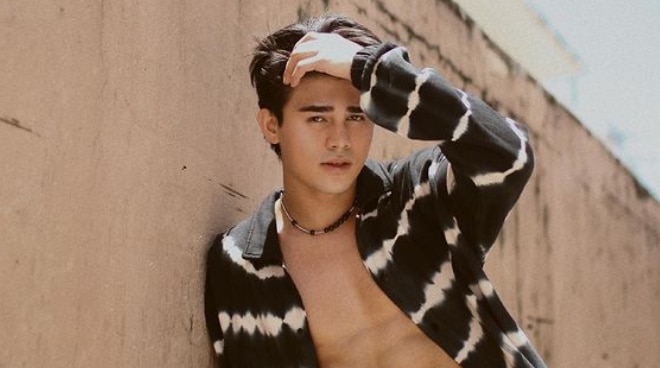 With the release of his second full-length album Options, Tarsier Records artist Inigo Pascual revealed how personal working on it was to him.

“There’s some songs in the album that I personally wrote as well, that I actually may mga  pinagdaanan ako and I was able to write those songs. Sa dami ng nangyari sa album na ito, siguro masasabi ko na each song kind of reminds me of a certain time in life where so much happened. So much happened while we were recording. I can say na sobrang personal nito para sa akin. Coming from my first album with ‘Dahil Sa ‘Yo’ I was so nervous working on another album. I was nervous with the thought of even releasing music because I didn’t know what I could come up with. But I’m happy now. I’m glad I am able to do this and show this side of me,” he said.

The 23-year-old singer said that he is still single even though many fans are hoping to hear news about his love life soon.

“Right now I’m not currently in love with someone but I’m in love with what I’m doing. Grabe yung lahat ng nangyayari. it’s hard to really start something. I’ve been saying that and I know people are probably getting tired of my answers but that’s just the reality of it. So much is going on. It’s also hard to say that I’m in love. it’s such a big word,” he explained.

While doing promotions for Options, Inigo said he has also been busy honing his dancing skills as well.

“Just a couple of months ago I started this training for my dance and for my performing. Para lang mas mahasa din ako and it’s definitely changed my perspective on a lot of things, not just in performing but in my lifestyle kasi grabe yung mga bata ngayon sobrang talented. It’s hard to keep up with the times with these kids coming out of nowhere and they’re so talented and personally, I don’t want to limit myself with what I’ve already done. I want to keep going and I want to maximize my talent and what I can do. And I also want to be able to entertain to my full capacity and to really be able to bring joy through my music. I am actually doing a lot of training right now. But it’s all part of the process of making the dream happen,” he added.