Singer Inigo Pasucal finally releases a follow up to his self-titled debut album in 2016. 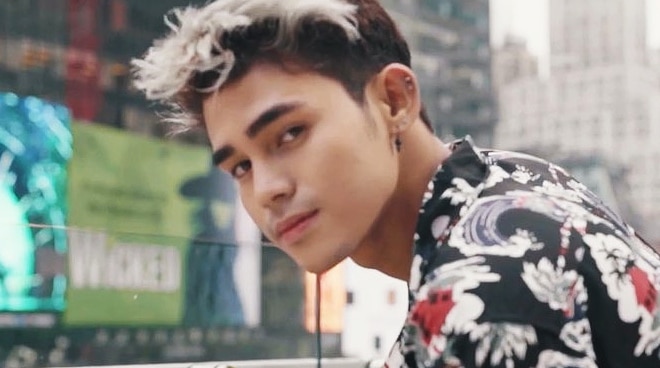 After two years of working on his second full-length album Options, Inigo Pascual said he is happy to finally be able to release it online starting June 25.

“I’m super nervous for it more than anything else. I’m excited, grateful for the album that we’re finally going to be able to release. The team has worked so hard for it. Honestly Chris Lopez is one of the most hardworking producers I’ve ever met. I thought I was OC before I met Chris. This guy would send me a 100 plus drafts for one single song in the album,” he shared during a virtual mediacon held last June 22.

The 23-year-old singer, who sang the hit song “Dahil Sa’yo” in 2016, said he enjoyed working on the album in the U.S and had many memorable moments promoting it and hearing it on major airwaves.

“Each song that I listen to kind of brings me back to a time when I was in the States or when I was in New York. The first thing that we did in the States for Options was we did this show in Times Square and we did Staples Center. It was number one in Hawaii on a radio station. All these things I didn’t think I could do.

“I grew up in LA listening to Kiss FM and Power 106 and it was so timely also that I was actually in LA at the time it happened. It wasn’t planned. I didn’t know it was going to get played on the radio at all and I remember someone telling me and I was waiting in the car waiting for it to get played. Up to this day it still hasn’t sunk in [that] my song was playing on those radio stations. Growing up I would just dream about that happening,” he said.

Despite the album’s launch being pushed back last year because of the pandemic, Inigo said he is thankful to finally be able to share his whole album with the world.

“We all had to adjust because of the pandemic. We had a lot of things planned out  for this album specifically. We were supposed to go to different places. We were supposed to tour this album in different places but we didn’t want to stop. I personally want to thank Tarsier records because they didn’t put my album on hold. They didn’t stop working on the album even if there was a pandemic going on. Even if there was so much going on. We still wanted to work on this.

“I think it was the day before or after the quarantine was announced we were supposed to shoot a music video for ‘Neverland’ and we were actually able to work on it during the pandemic a year after. So I’m glad that we still pushed for it and finally it’s here. We’ve been working so hard for this album. We literally had so many options for this album, some of the tracks here have multiple versions and I’m just glad that we’re still able to share music globally not just here in the Philippines. I’m able to share whatever we have in Tarsier Records and I’m just very, very grateful,” he explained.

Options is now available for streaming on Spotify, Apple Music, Deezer, and other digital music apps. Watch the premiere of Inigo Pascual’s “Neverland’s” music video on the same day via the Tarsier Records’ YouTube channel.