Did Guji Lorenzana and Kaye Abad remain friends after their breakup?

Guji Lorenzana gets candid about Kaye Abad in an interview. 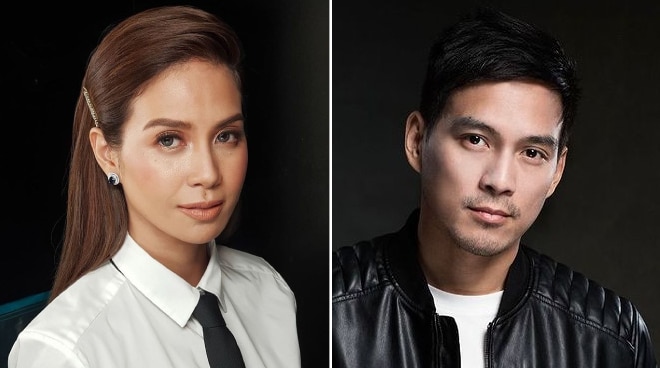 It’s been years since Guji Lorenzana and Kaye Abad broke up and gone on to marry other partners. However, fans still can’t seem to move on from the chemistry between the former on- and off-screen couple. But have they managed to become friends? Surprisingly, yes.

In an interview with Jing Castañeda, Guji opened up about how he and Kaye managed to become friends even after their breakup after a fan asked how the two are faring seven years later.

While they are both happy with their respective lives, Guji said he and Kaye still keep in touch with each other.

“We keep in touch once in a while. Paminsan-minsan mag-tetext siya sa akin like nu’ng naging engaged ako with my currrent wife. She congratulated me,” he said.

Apart from communicating with Kaye once in a while, Guji revealed that he managed to keep his relationship with his ex-girlfriend’s family including her sister Sarah.

“I’m still very close to her family. Kami ni Sarah [Abad], we are with the same management agency. We see each other sa events and I message her more than I message Kaye but paminsan-minsan magte-text si Kaye sa akin,” Guji shared.

When asked if his wife Cheska Nolasco ever gets jealous of his relationship with his ex, Guji was quick to say that his wife is “secure” about herself.

And I think si Cheska is more open than I am about hanging out with friends and going out and being close with her friends,” he added.

“Kami ni Kaye we’ll message each other paminsan-minsan out-of-the-blue if we need something. But I’m very close with her family pa rin until today,” he reiterated.

Guji is now happily married to his wife with whom he has two children. Kaye, on the other hand, is expecting her second child with her husband Paul Jake Castillo.