Jodi Sta. Maria graduates from college at 39: 'Remember, it is never too late'

Jodi Sta. Maria marked a personal milestone on Wednesday, June 23, as she finally graduated from college. 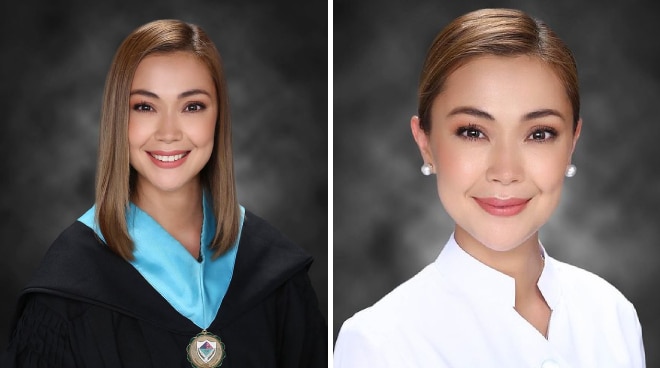 Jodi Sta. Maria marked a personal milestone on Wednesday, June 23, as she finally graduated from college.

The 39-year-old actress, who studied B.S. Psychology at Southville International School and Colleges, shared the good news to her 2.8 million followers on Instagram as she uploaded her graduation photos.

"Success comes to those who want it, and sometimes you have to ask yourself 'how much do I want this?' I dreamt of finishing my schooling ever since I entered show business and today, after more than a decade, marks the fulfillment of that dream. After 4 long years, I am here graduating from college," Jodi began.

"In school, whenever I faced a seemingly insurmountable task, I’d always push myself and say, 'It can be done.' I knew that God was with me all throughout my college life and I kept holding on to His promise that I can do all things through Him who gave me strength and supplied me with more than I needed according to His glorious riches in Christ Jesus. God is always faithful to his word," she said.

The actress said she shares her latest milestone with everyone who has supported her through the years.

"My teachers, my family, my management team, and my friends. Thank you for letting me reach my stars. To God be all the glory, honor and praise," she wrote.

Finally, Jodi said: "Remember, it is never too late, and you are never too old to reach your stars."

Actor Raymart Santiago, who is currently being romantically linked to Jodi, was among those who congratulated the actress on her graduation.

It was in 2017 when Jodi revealed that she had returned to school to pursue a Bachelor of Science in Psychology degree.

In a previous interview, Jodi said she plans to obtain a Master's degree once she's finished her undergraduate studies.

The series is a Philippine remake of the BBC award-winning drama "Doctor Foster", which follows the story of a trusted doctor whose life is torn apart when she suspects her husband of having an affair.