‘Marry Me, Marry You’ actor Jake Ejercito shares what he does with his salary. 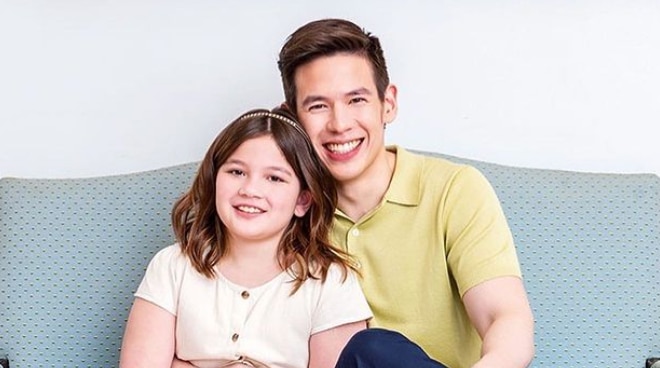 Jake Ejercito is part of the upcoming teleserye Marry Me, Marry You. The new actor said he feels blessed to get this kind of opportunity even during a pandemic.

“Actually, in our show right now I’m in some sort of a love team with Janine Gutierrez and Paulo Avelino. It might be kind of tough na maging ka-love triangle ng isang sikat na love team because of their fans but why not? I mean, I’ll take it as a challenge naman and I want to work with people and actors I can learn from,” he shared during the Star Magic Black Pen Media Con.

As a father to his daughter Ellie with former girlfriend Andi Eigenmann, Jake said that his priorities have changed especially when it comes to where his salary goes.

“There’s no better reward than getting good feedback from your director and co-actors. But with my first salary, I also invested it. Siyempre may nine-year-old na ako. She’s turning 10 this year. Unfortunately for Father’s day I wasn’t able to spend it with her because she’s in Siargao right now with Andi so we just Facetimed last night,” he said.

Now that he is into acting, Jake said he would also be open to working with Andi. “Why not? I always say happy Andi happy Ellie. And I’ve met Philmar (Alipayo, Andie’s fiancé) already. We have a decent and a civil relationship naman,” he shared.

Even though an unfounded rumor linked him to Bea Alonzo in the past, Jake said he would not pass up the opportunity to work with her if given the chance.