Was Kris Aquino referring to Herbert Bautista in latest post on social media?

Kris Aquino said she ended her friendship with a guy who became her best friend in the last seven years. 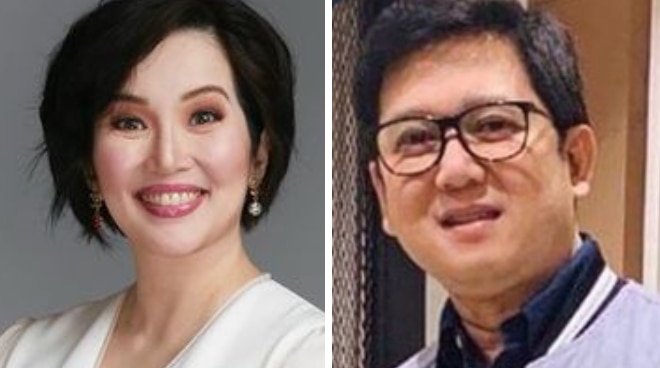 Kris Aquino has ended her friendship with a person she grew fond of over the last seven years. While Kris did not mention the name of the individual she was talking about, many believe she was referring to Herbert Bautista.

In her latest Instagram post, Kris shared a photo of a bouquet of flowers with a lengthy caption sharing how she put an end to a chapter in her life with a person who matters to her

“Gusto kong mag kwento sa inyo ng pagtatapos ng isang mahabang bahagi ng buhay ko, pero nagbabago nga ang mga tao … that’s our story, not mine alone. So the parts I can share come from only what I personally said & did,” she wrote.

According to Kris, she made an effort to visit the lock-in taping of an unnamed person in May to hand out her birthday gift for him.

“Hinabol ko to arrive bago mag midnight 1 night in May. EFFORT kasi 4 hours each way para lang makita ko sya for a total of 15 minutes (lock-in sila for work but nag PCR ako to be sure) … sa entrance lang nagkita, hindi sa loob. I simply wanted to personally greet him happy birthday, give him my gift and my letter. Sinuklian ko lang because nag effort din siya nung birthday ko to personally give his gift that was meaningful,” she remarked.

But that same month also marked the end of the relationship between her and the guy.

“Pero nung May, that was our THE END. Siguro ang pinaka safe na pwede kong i-quote from my birthday letter was I said: I wish him REAL happiness because we both deserve our versions of ME AFTER YOU,” she wrote.

“After 7 years, we did become the best of friends & I know even that part is now over,” she remarked.

Meanwhile, several fans believe Kris was referring to Herbert Bautista — who celebrated his 53rd birthday last May 12 — in her latest Instagram post.

Kris then shared the reason why she decided to speak up weeks after her decision to move forward.

“Nagsalita na ‘ko because I still have 4 years, for Bimb to experience ‘normal’… all he’s seen & known are dysfunctional relationships & I don’t want him to become an adult without me trying to move forward and God willing, giving my sons a chance to have the stepfather they deserve. Because I know, I’m not enough,” she stated.

On the qualities she’s looking for in a guy, she stated: “He doesn’t have to be rich or famous, better nga kung hindi siya public figure… basta tama ang values, madasalin, may integridad, matalino, at masipag, answered prayer na sya. I’ve achieved all my dreams, it’s now my turn to focus on what really matters- trying for my sons to get the father figure they never had.”

Speculations about the status of Kris and Herbert’s relationship have been going around for quite some time now, but the two maintained that they are just “best of friends.”

In 2018, Herbert appeared in Kris’s vlog where he and the Queen of All Media answered a number of questions about love and success, among others.