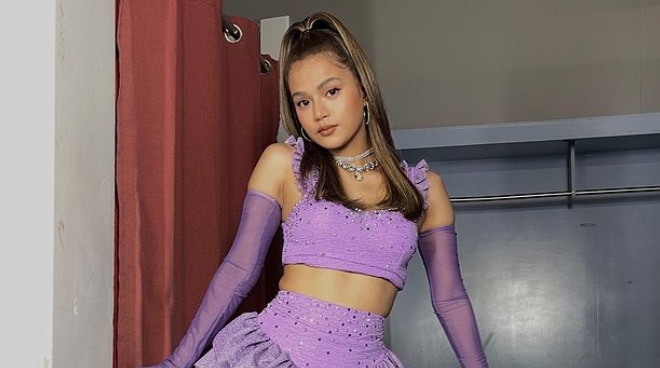 Here's good news for all fans of Maris Racal: the actress-singer is set to release a new single, titled "Ate Sandali".

On her Instagram page, Maris shared the teaser for her new song, which comes seven months after the release of her last single "Kahit Na Anong Sablay".

The song is produced by Sony Music Philippines with Balcony Entertainment, an artist management and record label founded by OPM icon and Maris' boyfriend Rico Blanco.

Maris, 23, confirmed her relationship with Rico, 48, in late May, two months after her birthday greeting to the latter spurred rumors that they are romantically involved.

It was in 2019 when the two collaborated for the first time on a track titled "Abot Langit". They also appeared in the music video for it.

Rico also arranged and produced Maris' song "Not For Me", which she released on her 23rd birthday last year.