In a lengthy post on Instagram on Sunday, June 20, the Kapamilya actor paid tribute to Mr. M, whom he considers his father in showbiz.

"Today I celebrate my Dad, Mr. M. Through all the ups and downs in my showbiz career, he has always been my anchor. From the time I started doing workshops when I was a teenager, until I was launched as part of Star Circle back in ‘96, Mr. M personally attended to all our needs and made sure we were equipped before he sent us out to reach for our dreams," he said.

"I’ve said it before and I’m reminded of how my Dad has always been consistent and constant in every choice I had to make. There was always room for talks, sometimes scolding (which was for my good). He’s not just a manager but more like a father to most of us. I don’t think I’d have done things in my career without his help and guidance," he added.

Addressing Mr. M, Piolo said: "25 years of Star Magic. 25 years of security, family, siblings and all... Dad, thank you very much for your unconditional love and for being a true dad to me. I’ll never have it any other way. As we both say, we never stop being better not just at what we do, but ultimately being better people. You have my utmost respect and love, Dad. I love you and I miss you very much. Happy Father’s Day. Can’t wait to see us grinding again."

In the comments section of his post, former Star Magic artists such as Pokwang and Alessandra de Rossi also sent their greetings to Mr. M. 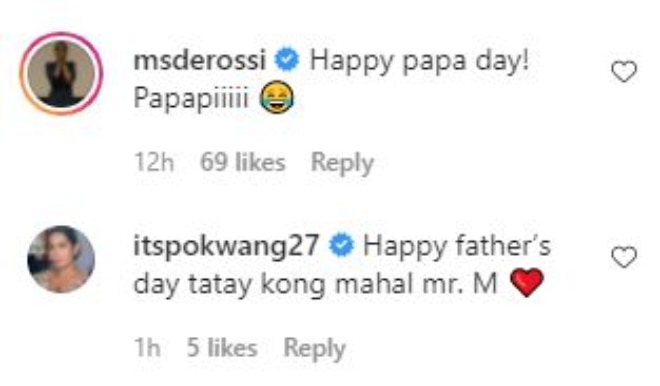 He also directed various shows and projects that made a mark in the local entertainment industry throughout his 50-year long career. Some of these projects included the iconic ASAP, Palibhasa Lalake, Abangan Ang Susunod Na Kabanata, Ang TV, Home Along Da Riles, Oki Doki Doc, and The Voice of The Philippines, among others.