Janella Salvador thanks Markus Paterson for being a ‘present, hands-on’ father 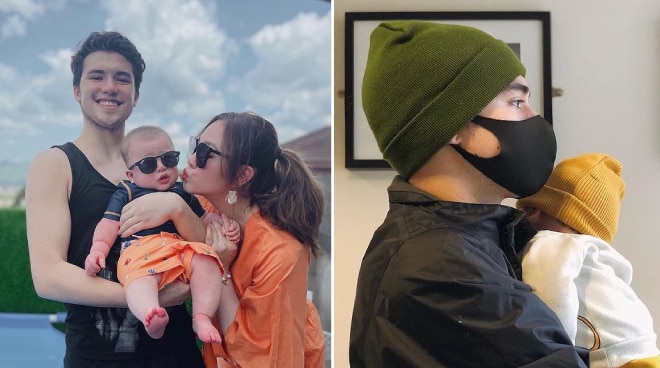 In an Instagram post, the Kapamilya actress recalled the time her boyfriend had to fly back to the Philippines to work just a week after their son, Jude Trevor, was born in the U.K.

"October 29, 2020: About a week after Jude was born, you had to fly back home to the Philippines alone and leave us for a month to shoot for a film. We brought you to the airport and as soon as we arrived, I saw the extreme sadness in your eyes. I actually cried during the car ride home without you. It felt surreal, you having to leave your son right after he was born. But you did it for him. You always do," she said.

Janella then expressed her appreciation to Markus for being a hardworking and hands-on father to their baby boy.

"Thank you for being the most amazing, hard-working, present and hands-on father to Jude. I couldn’t be more thankful that I'm going through this crazy parenthood chapter of life with you. Happy Father’s Day, booba-boo," she added.

It was in January when Janella and Markus, both 23, revealed they had become parents to baby Jude through a vlog post titled "Hey, Jude".

In a previous interview, Markus shared how his life changed the moment he laid his eyes on their son.

"The moment na I saw him parang a whole wave just took over my body na parang lahat ng priorities ko ay nawala, went out of the window. Like everything is now for him, forever will be for this little man that I'm holding in my arms,” the actor said.

“And hindi ako naiyak, hindi ako natawa, parang nakatulala lang ako, nakakatitig sa kanya for hours. Like until now his smiles are the most beautiful thing in the world. Lahat ng hirap, lahat ng early morning wake up, sobrang worth it kapag nakita ko ang mukha niya. It's all about him na. It's crazy," he added.