Piolo Pascual and Alessandra de Rossi play the best of friends—and possibly something more—in ‘My Amanda.’ 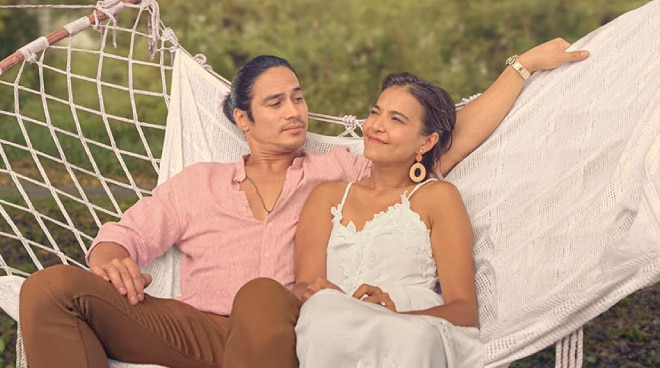 Netflix announced today, June 17, that it would be exclusively streaming the Piolo Pascual-Alessandra de Rossi starrer My Amanda beginning July 15.

My Amanda tells the story of best friends TJ and Amanda, nicknamed Fuffy and Fream, and how they navigate through life while dealing with complicated relationships, including their own. Incidentally, “Fuffy and Fream” was the working title of the film which was teased as far back as 2019.

Alessandra makes her directorial debut with My Amanda while Piolo is a co-producer. Alessandra’s brother-in-law Jules Ledesma and sister Assunta de Rossi are also producers along with Spring Film’s Bb. Joyce Bernal and Erickson Raymundo.

“The background story of this movie is what makes this very special to me. It’s a gift to my good friend Piolo and Spring Films (Piolo’s production outfit)—for turning my life around after Kita Kita. This movie is about friendship, and how much I treasure connections that are sincere, overwhelming, and that have a very profound impact, at least for me. There is no single or universal definition that could explain how much gratefulness a person experiences when another being gives you a chance to believe in yourself. As the famous saying goes, I love you Pioooooolooooo!

“Working with Alex and PJ for a movie about a rare and honest relationship is learning to be vulnerable again to the risk of losing what you have, for each other, for the moment and sharing something deeper that I discover as we went along together. It’s a joy ride to self,” Direk Joyce, the film’s creative producer, added.

For his part, Piolo said, “I’m thrilled to share with our audiences, the feeling of being on the same journey with someone, in finding out what profound companionship can offer to the other and savor the love so sublimely expressed in this film. My Amanda takes you on a road trip. Capture the sudden shifts, Netflixers, this July 15.”