Among those who wished Kapamilya actress Jodi Sta. Maria a happy birthday was her rumored boyfriend, Raymart Santiago. 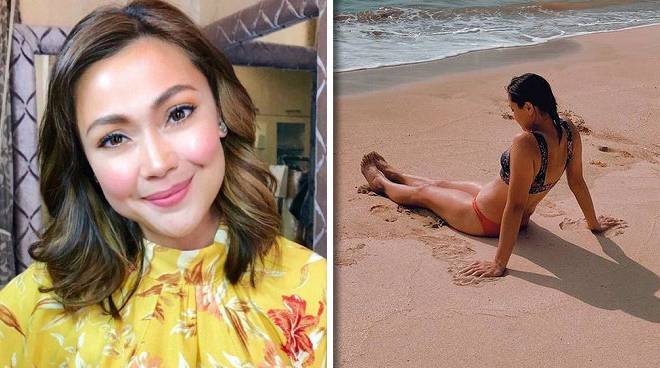 On Instagram, Jodi marked her special day by sharing a photo of herself by the beach, and in the caption, expressed her gratitude as she turned another year older.

"On June 16, 1982 at 4:29pm, I took my first breath here on earth. Looking back in the last 39 years of my life, I am grateful for the many small victories, extraordinary adventures, even the hardships and failures. I am thankful to all the people I have crossed paths with, for giving me a part of themselves and enriching my heart and soul. I am grateful everyday for these experiences. Here I am, 39 and all, still alive and breathing. Thank you Lord for everything!" she said.

"Maraming salamat sa lahat ng nakaalala. Thank you for taking the time to greet me on this special day!" she said.

Among those who wished her a happy birthday in the comments section of her post was her rumored boyfriend, actor Raymart Santiago. 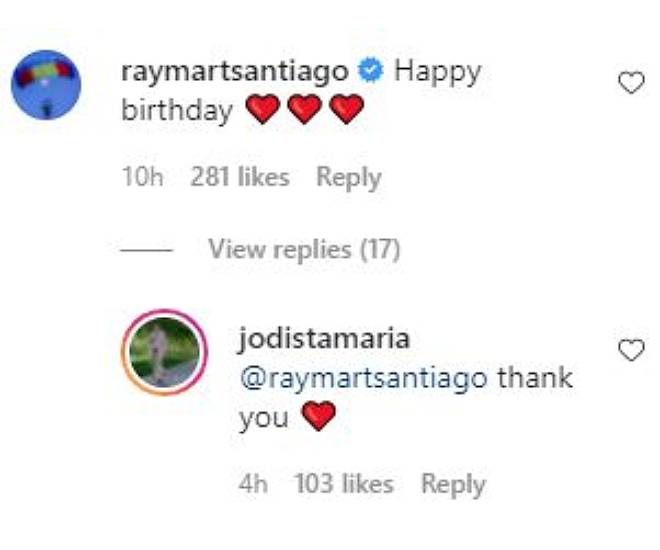 Jodi is set to topbill the upcoming ABS-CBN drama The Broken Marriage Vow.

The series is a Philippine remake of the BBC award-winning drama Doctor Foster, which follows the story of a trusted doctor whose life is torn apart when she suspects her husband of having an affair.