Almost a year after she gave birth, Kapamilya actress Janella Salvador is finally back at work. 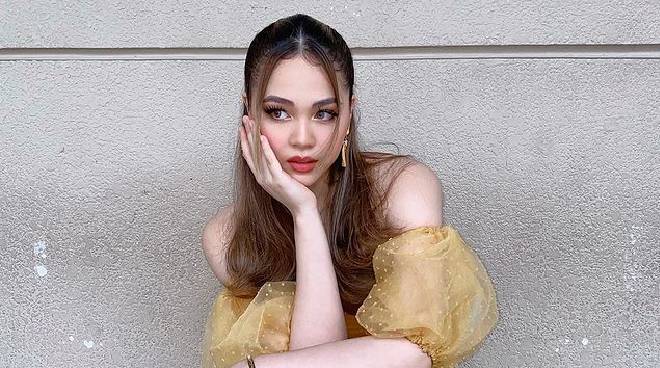 Almost a year after she gave birth, Kapamilya actress Janella Salvador is finally back at work.

On Instagram on Wednesday, June 16, Janella expressed her happiness that she was finally able to work for the first time in 15 months as she shared a photo of herself at the ABS-CBN compound.

Notably, she tagged the official Instagram account of ASAP Natin 'To in her post, suggesting that she will be guesting in the next episode of the Sunday variety show.

Janella, 23, was last seen in the ABS-CBN primetime series The Killer Bride.

In early January, the actress made headlines as she revealed that she is now a mother.

Through a vlog post, she and her boyfriend, actor Markus Paterson, confirmed months-long speculation surrounding their relationship, as they finally introduced their son Jude to the public.

Just last April, Janella admitted that she wasn't quite ready to return to work just yet, in an interview with Slater Young and Kryz Uy in their podcast "Skypodcast".

The actress—who gave birth last October in the United Kingdom—said she needs more time to settle down before she's able to be separated from her son.

“When I was in the UK, I was super excited to get back and work. But now that I’m here, I realized na it’s so hard pala to settle down. When you’re coming from a different country and you have a baby, I really need more time to settle down,” she said.

“’Cause when I work, because of COVID, tapings now are lock-in. So I have to leave him for three weeks straight and I can’t see him. So, I need to make sure that I leave him with someone I can trust. Someone who will really take care of him. So, it’s hard. It’s really hard just thinking about it," she added.