Is Nadine Lustre seeing someone? Here’s her response

Nadine Lustre also answered questions about the status of her relationship with James Reid. 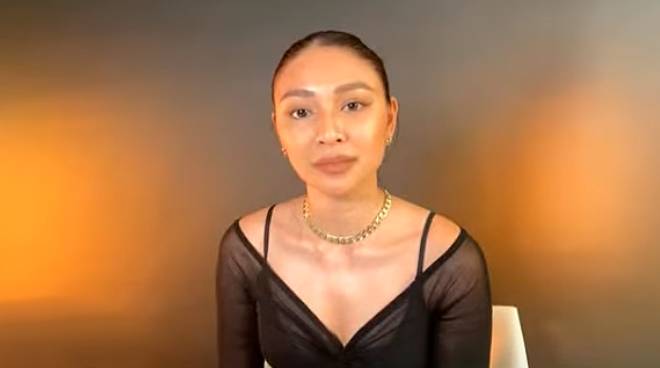 Kapamilya star Nadine Lustre made it clear that she’s not seeing someone right now.

Nadine talked about her relationship status with James Reid after Boy Abunda raised the question to her in a recent interview.

According to Nadine, she feels grateful to James for supporting her through and through after their breakup.

“Honestly, he’s just been pushing me. He’s actually the one lining up all of the things … all of the projects for me, which, I’m really grateful for because I couldn’t have done it without him, to be honest,” she said.

While she couldn’t give an answer about the status of their relationship, Nadine also admitted she and James remained close even after their breakup.

“I don’t know how to answer that, Tito Boy. I guess it is what it is. And, you know, we have supported each other immensely like even after [we broke up]. We’re so close pa rin,” she said.

The 27-year-old star added she can’t “put a line” on her relationship with James, saying all that matters is that they support the growth of one another.

“But I guess it’s best not to put a line to it. But yeah, we’re just super happy. We’re supporting each other, we’re pushing each other. And I think wala nang better answer than that eh. Like obviously, he’s contributing to my growth and in some way, I am with him as well. And so, that’s the only thing that matters,” she said.

Nadine also said she has since changed the way she thinks about “attachments” and “ownerships.”

“My mindset has totally changed. Like attachments and ownerships — to me, that doesn’t exist anymore. If you want to love a person, you just love them fully,” she stated.

“You don’t have to pick who you want to love because, at the end of the day, that’s what we’re here for.  That’s what we’re meant to do — to show love to everyone,” she added.

Nadine went on to say that she’s ready to give more of herself to people as a way of giving back to them.

“The answer to everything is love. As human beings, I believe that’s what we’re supposed to do — it’s to love one another, help one another. Life is good. I’m in a position, I’m in a state where I’m not stopping myself from giving to people. ‘Cause right now, I feel so full. And I’m just ready to give back to everyone,” she said.

When asked if she’s seeing someone right now, Nadine said she has no time for it and added that she’s currently working on her personal life.

“I’m definitely not seeing anyone. I’m so busy, Tito Boy. I have no time. Plus, I really told myself I’m just going to work on myself,” she remarked.

James Reid and Nadine Lustre broke up in 2020, but the couple has managed to remain close since then.