Darren Espanto talks about what he has learned after joining ‘The Voice Kids’. 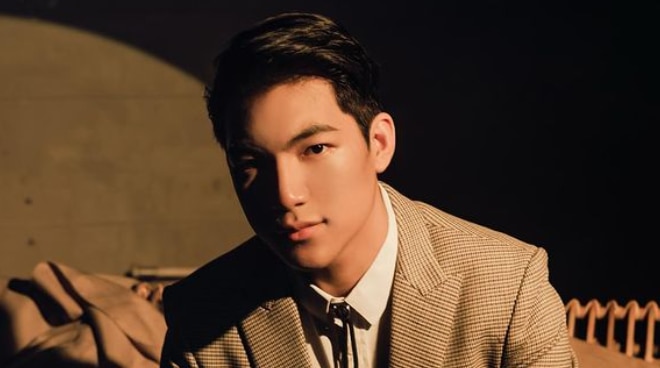 As he prepares for his June 19 concert Darren Home Run: The Comeback Concert, Darren Espanto said he has learned a lot after spending seven years in showbiz.

“In the industry, I’ve learned to be yourself and be unique kasi if you’re trying to give this front to people and it’s not authentic, it’ll be worse for you and the people who are trying to support you din not just in showbiz but in life as well. And I guess you have to just keep on pushing for your dreams kasi hindi naman ako yung nanalo sa The Voice Kids and I was really planning on just going back to Canada and continue my life there but that’s not how it turned out.

“Seven years and I’m still here, very grateful and very blessed to still be working and doing what I love which is performing and making music,” he shared in a live interview with Monster Radio 93.1 earlier this month.

The 20-year-old singer who recently released the single “Tama Na” credited his family for making him into a mature and level-headed person he is today.

“There are decisions that you may sometimes regret doing but it helps later on kasi everything is a learning lesson din eh. Kasi lahat naman tayo, we’re still trying to figure out what we want to do in life. I’m still figuring out this whole showbiz thing. If you think about seven years, you think it’s a long time but for me, especially my family and I we’re still kind of adjusting to different things kasi even until now we’re still in the learning phase.

“I’m very happy that my parents are always there. Tutok sila sa akin and it really helps having that kind of support system especially in this industry where you never know what people are going to say about you and you never know what’s going to happen as well. Everything’s unpredictable but I’m very happy to have the Darrenatics din. I appreciate you guys. Aside from the support of my family and friends, I really wouldn’t have survived this whole industry if it wasn’t for them as well.

“It’s a really big change going from this 13 year old kid moving from Canada to the Philippines without his parents and being alone and stuff like that. So dahil sa inyo, na-survive ko yung adjusting phase na yun,” he explained.

Aside from wowing audiences with his singing in the concert, Darren revealed that he will be doing a lot of dancing as well. He admitted though that he felt a bit apprehensive before rehearsals started.

“Kasi a year without performing and dancing that much, I was really thinking oh no I’m going to be out of breath by this time. But when we started rehearsing back in March I was really surprised because I wouldn’t have to vocalize to sing the songs especially to reach the high notes and I didn’t really have to train my stamina for rehearsing again. Napansin ng musical director ko, sabi niya, ‘I wish I had the same endurance as you when I was 20.’ Even direk Paolo (Valenciano) said, ‘Darren’s more confident now when he’s dancing and when he’s singing. I haven’t seen him perform like this before.’

“In my previous concerts I was still in my puberty stage so my voice wasn’t as stable yet. I wasn’t as confident in my dancing as well. Pero yun nga yung weird sa akin. I was in Canada for a year. I didn’t get to perform like this. I really didn’t do much dancing especially. So I would expect myself to be a bit rusty on some parts especially in my voice and my dancing. But yun yung napansin nila sa akin,” he said.

READ: Darren Espanto shares his ligaw style: ‘I would court the parents first’

If there is one thing people will notice with Darren in his concert, it is his more mature image and self-confidence.

“Napansin nila na mas confident ako, mas prepared ako, mas present sa concert na ‘to. Parang nagtaka lang ako and I was asking, ‘That’s so weird. I wonder why.’ Pero siguro nga I guess that’s how much I miss performing. Like right now when I’m on ASAP or when I’m just at rehearsals I really just go full out and I’m really like there’s no turning back now. You got to do what you got to do especially when you’re on the stage.

“So I guess that’s what happened with me. And one year na hindi ginamit ng ganito yung vocal cords ko, I guess I don’t have to vocalize as much anymore  because my vocal cords were kind of resting for a year so now it’s getting back to where it was before and I’m just so excited to go back to rehearsals as well,” he added.